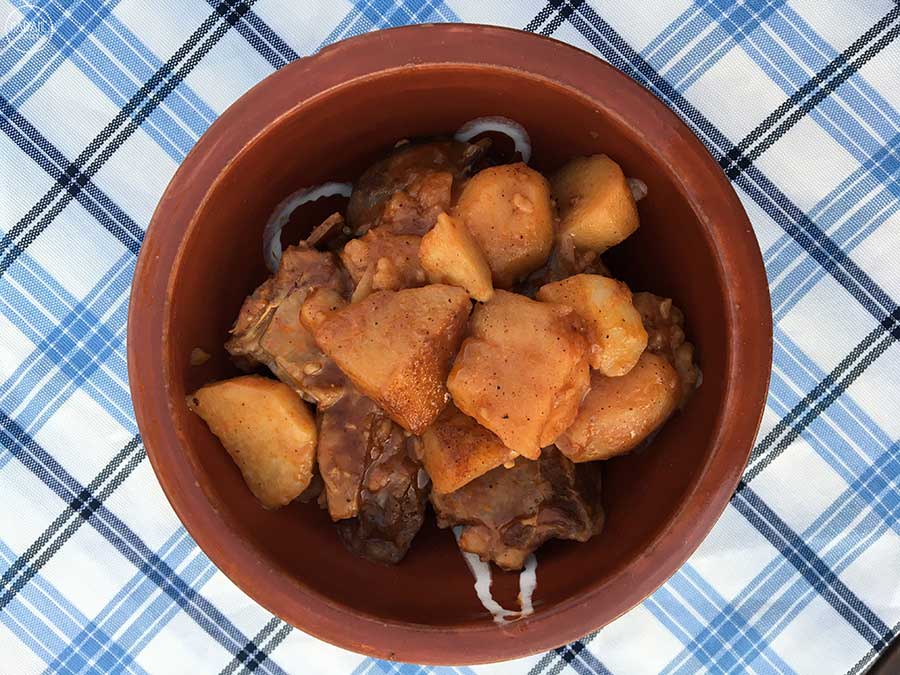 1. We wash the meat, cut it in portions, clean and cut the onions. We add the oil in a saucepan and sizzle the meat until it starts changing colour and then throw the onions which we also sizzle, by mixing them continuously. We throw in the tomatoes, mix and leave it to boil a bit, we add water so much as to cover the meat. We avoid adding too much tomato so that the sauce gets too thick. We add salt and pepper, cover the pan and leave it to boil until the meat becomes soft enough. At the end of the boiling we add 1-2 laurel leaves and a stick of cinnamon.

3. In the traditional way the meat and the potatoes boil together. Serve in traditional ceramic plates.