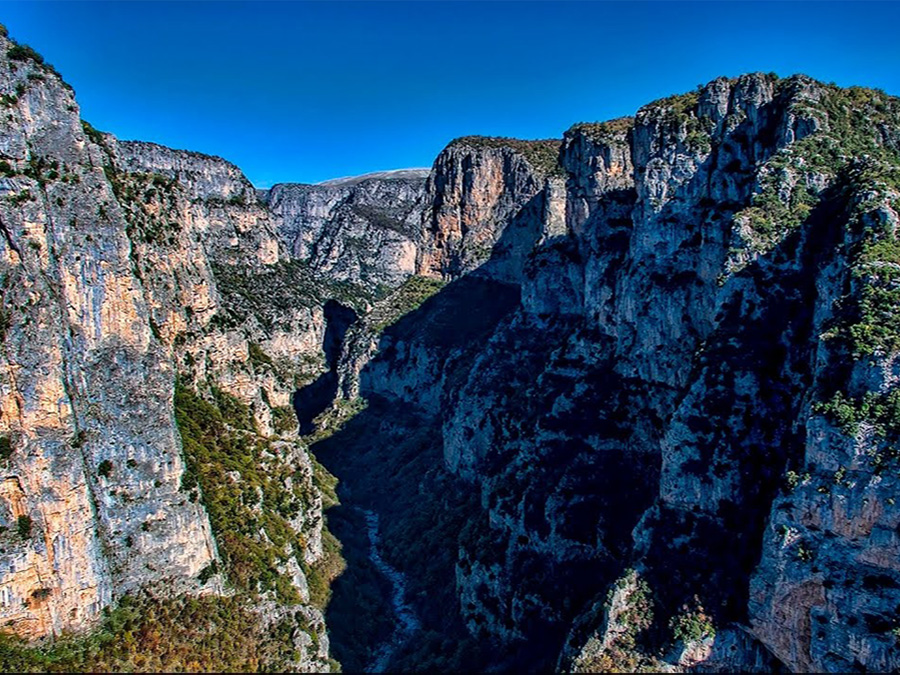 The National Park of Vikos – Aoos was established in 1973 (Presidential Decree 213 / 20.8.1973) in order to protect the rich wildlife that extends from the Vikos Gorge to the gorge of the main river Aoos and the intermediate mountainous area of Tymfi mountain.

Within the boundaries of the forest there are some of the main villages of Zagori, known for their rich history and cultural tradition. These are Monodendri, Vikos and Big and Little Papigo. Around the area, there are other six villages of Zagori, Aristi, Agios Minas, Vitsa, Kapesovo, Vradeto and Vrysochori, and beyond Konitsa, Kallithea and Klidonia.

The national park is characterized by the most spectacular geological formations in Greece, with five caves, most of them are vertical, while one of them, the Provatina valley, is the second largest in the world (407 meters deep).

The important contribution of the National Park refers not only to the fauna, but to the flora as well. In the beginning of spring, the forests and streams, the alpine meadows and rocks are filled with wildflowers, beautiful scents and beautiful colors. In the National Park, there are over 1,700 species and subspecies of plant species. Among them are five endemic species (that is, there are nowhere else in the world), 19 endemic species of the Eladian, as well as a large number of plants that are rare, protected or of particular scientific significance.

There are also three gorges: the twelve-kilometer-long Vikos, which at some points its vertical height reaches 900 meters, placing it in the deeper of the world, the Vikaki Gorge and the Aoos Gorge, located between the mountains of Trapezitsa and Gamila, ten kilometers long.