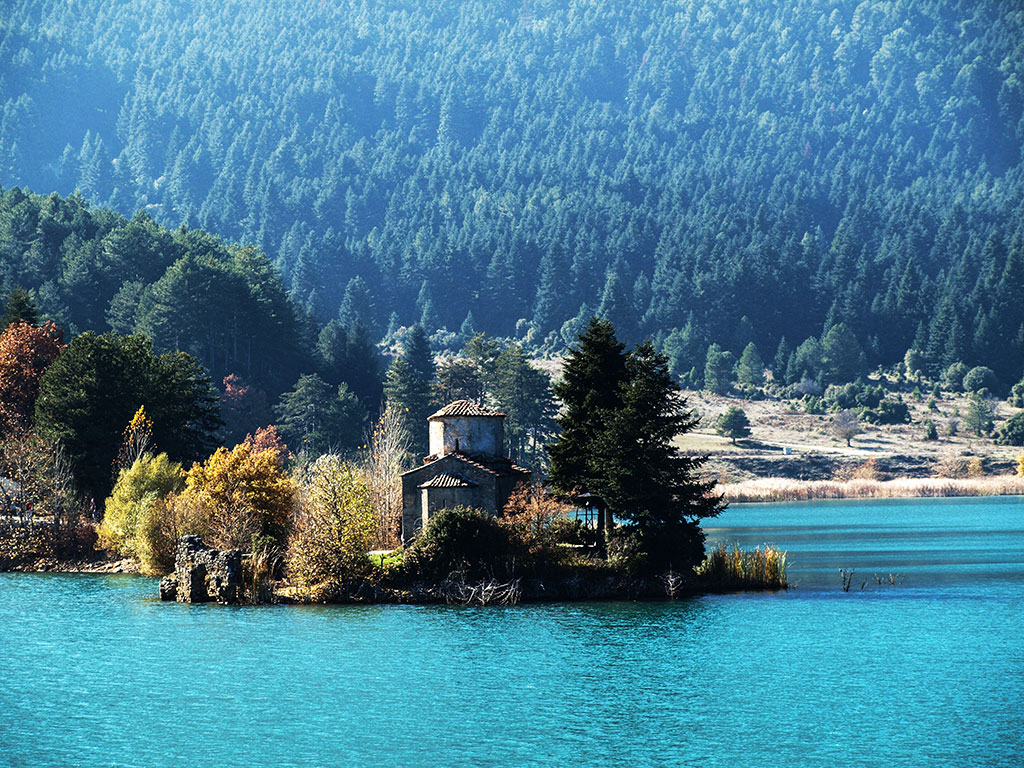 The quaint church of Agios Fanourios is found on a small peninsula jutting out into the center of the artificial lake Doxa in Corinth region. Every year on August 27th, there is a feast in honor of the Saint and many people visit the charming little chapel. In the past the monastery of Agios Georgios was located there but due to the high tide it was moved to a new location at a top of a nearby hill. It is easy to access the chapel via a long narrow path, which starts from the lakeshore and penetrates into the lake.

Saint Fanourios was awarded the Martyr's Crown in the Orthodox Christian faith and  is recognized as a saint by the Greek Orthodox church. He is also well known for finding people's lost belongings after fervent supplications. He is presented as a young soldier and shows many similarities with Saint Georgios. Angelos Akotantos from Crete has painted a number of the Saint's icons many times depicting him killing a dragon; this tradition is found mainly in Crete especially in icons of the 15th century when the Saint is said to have saved many Cretans from certain death from the hands of the invading Ottomans. According to tradition, the day of the feast a large number of believers flock to the church, offering the saint a sweet pie, called fanouropita. The pie is made of nine ingredients. The priest cuts it into forty pieces and distributes it to the faithful, hoping to reveal to them what they have lost. 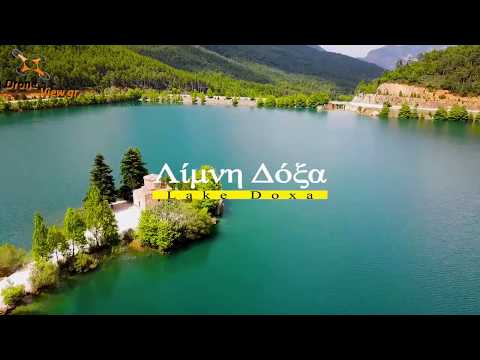