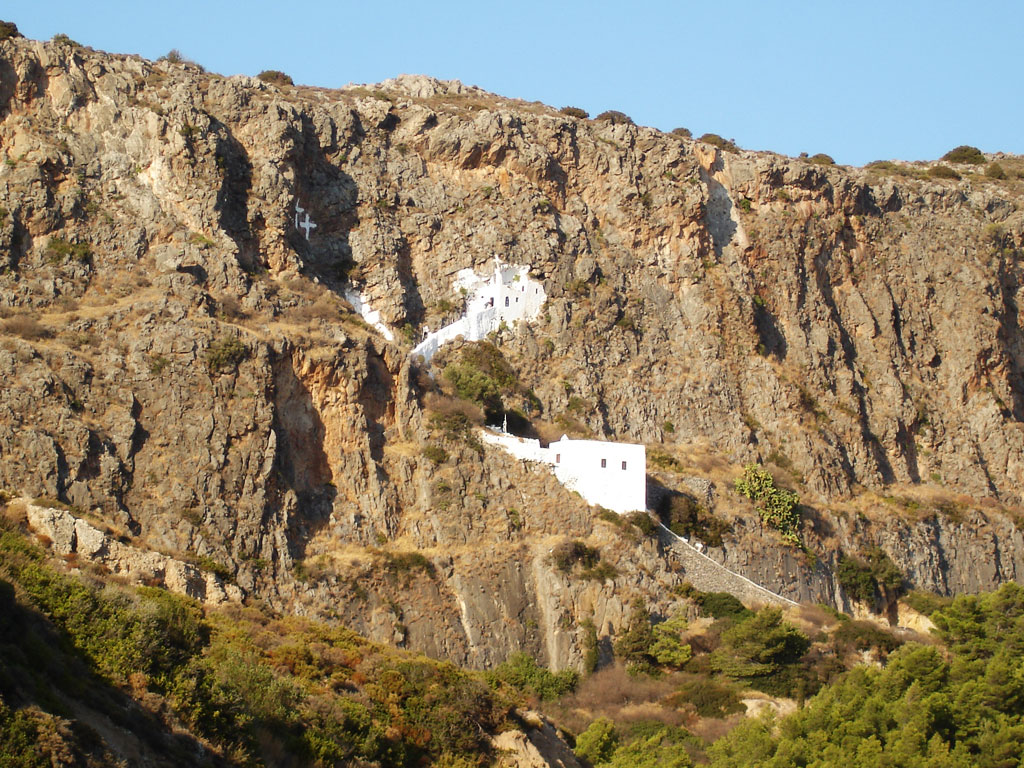 Agios Ioannis (Saint John) of the rocks is a church and monastery, built dramatically into the side of a rocky cliff above the seaside village of Kapsali. The small church is built in a cave where is said Apostle John found refuge, persecuted by the Romans. There, he began writing the Revelation, before he exiled to the island of Patmos where he completed his work. This is just one of the most beautiful and historic churches on the island. Apart from being a place of pilgrimage, it offers breathtaking views of Kapsali Bay, the isle of Hytra in the Cretan Sea and the Venetian castle of Chora.

The church was renovated in 1725 by the monk Ioannikios as it states a built-in marble slab at the church entrance. The iconostasis is decorated with the icon of Agios Ioannis (St. John) Prodromos, painted by the great Cretan painter Angelos Akotantos in the 15th century. According to historical sources, approximately 5-6 monks lived once here, in a couple of small cells near the church.

The cave can be reached through some stone stairs (130). The path starts from the campsite in Kapsali and on the way up you will first come across an ancient temple, built probably in honor of Evangelist John. It seems that during the 17th century the complex consisted of two churches, the one inside the cave and the other further down on the cliff. The chapel celebrates twice a year: the Nativity of St. John the Baptist (June 24th) and his beheading (August 29th).