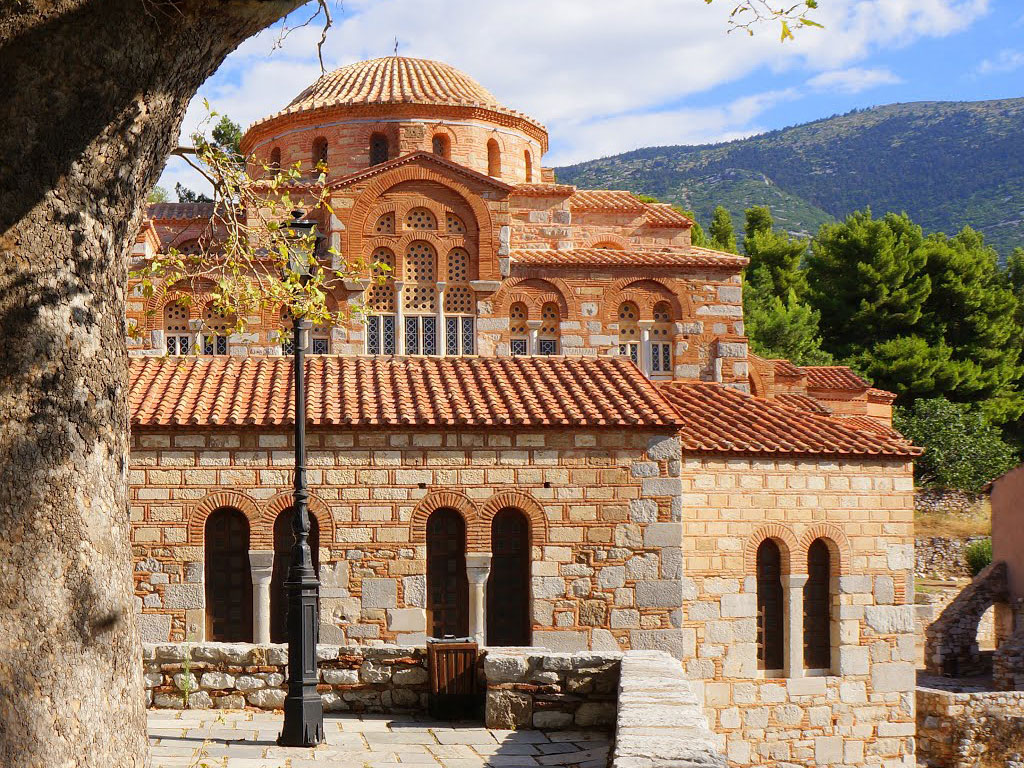 On the western slope of Mount Elikon, below the citadel of Ancient Steirio and opposite Parnassos, about 30 km from Livadia, is the picturesque Monastery of Saint Luke, which is the best preserved monastery complex of the Middle Byzantine period in Greece and is included in the list of UNESCO World Heritage Sites along with the other two surviving monasteries of the same period, the New Monastery and the Daphne Monastery.
Saint Luke is dedicated to a unique Saint, Saint Luke the Steriotis, who did charity and healing work while he had the gift to prophesy the future.
A complex of two churches, the monastery of Panagia and the Catholic Church, form the complex, while they are framed by auxiliary buildings and cells. The Catholic Church, whose walls are decorated with ornate mosaics that are considered masterpieces of Byzantine art, was built in the 11th century to house the relic of the Saint, while the oldest church dedicated to the Virgin Mary dates to the second half of the 10th century.
At the top of the hill of the monastery of Saint Luke there is a castle, built on the site of an earlier fortification. The four sides of the wall are preserved, the masonry of which includes plaster and bricks.
It is proven that the monastery, with a multitude of sculptures, gold and silver paintings, murals and mosaics, was famous in Byzantium for its luxury, which was evident from everywhere. Nowadays, a part of the colored investments of the marbles and the railings of the windows are preserved. At the site of an older fortification, at the top of the hill where the monastery of St. Luke is located, there is a castle, from which the four sides of the wall are preserved, in the masonry of which there is plaster and brick.
As a collection of sculptures, with an exhibition of architectural members of exceptional art from the monastery and the wider area, the bank of the monastery has been operating since 1993. At the same time, the bourgeoisie exhibits fragmented frescoes of the 18th century. .