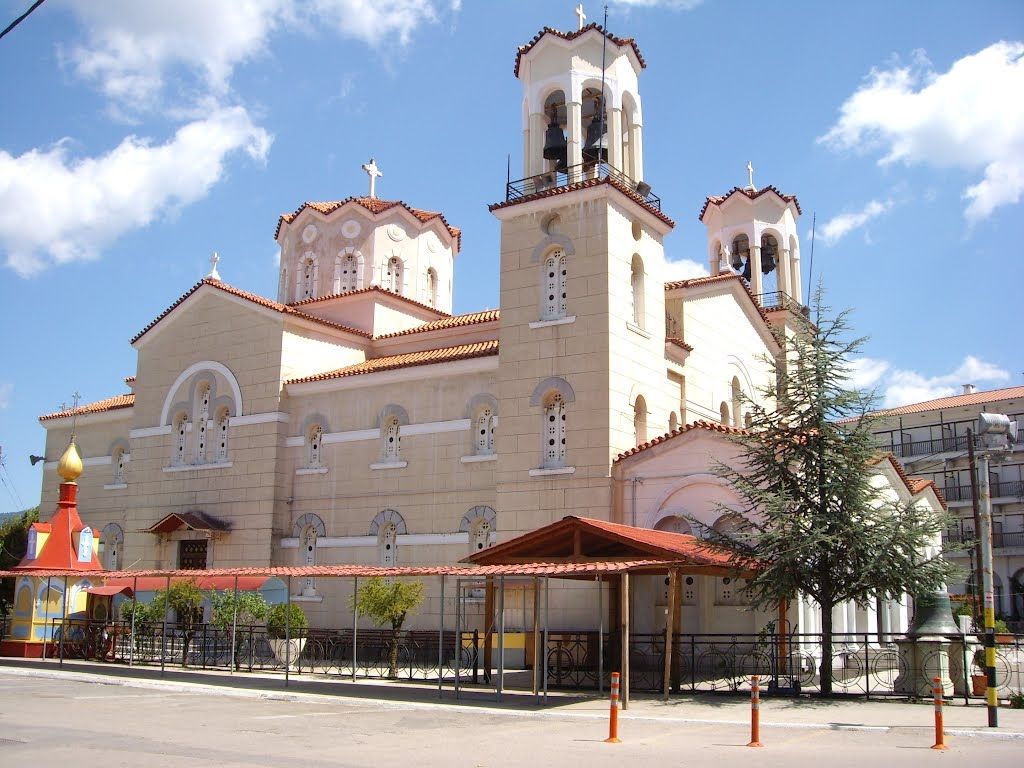 One of the most famous shrines not only in Evia but also in the whole of Hellenism, is the monastery of St. John of Russia located in Prokopi in Northern Evia. The relics of the Saint are kept in the church, which was transported from Prokopi in M.Asia in October 1924 by loyal refugees. From the 1930s, the construction of the majestic Holy Temple began, which was completed in 1951 and has since served as a pilgrimage site.
In the years that followed, after the Saint's death in 1730, a number of miracles were observed in M.Asia in front of his shrine, such as paralyzed people walking, blind people watching, demons leaving and other incurable diseases being cured. In 1832, the church of Agios Georgios, where the relic of the saint was kept, was looted by the Turks, who threw the body of the Saint into the fire. When the Turks saw that the pile was not burning and, to be precise, it began to move in the fire, they fled in agony.
The Holy Pilgrimage of Evia has a guest house with a capacity of 160 beds for distant pilgrims, which, in addition to the bedrooms, includes lecture halls and conference rooms, dining rooms, museum and has hosted Pan-Orthodox Conferences, Hierarchical Conferences and Co-operation.