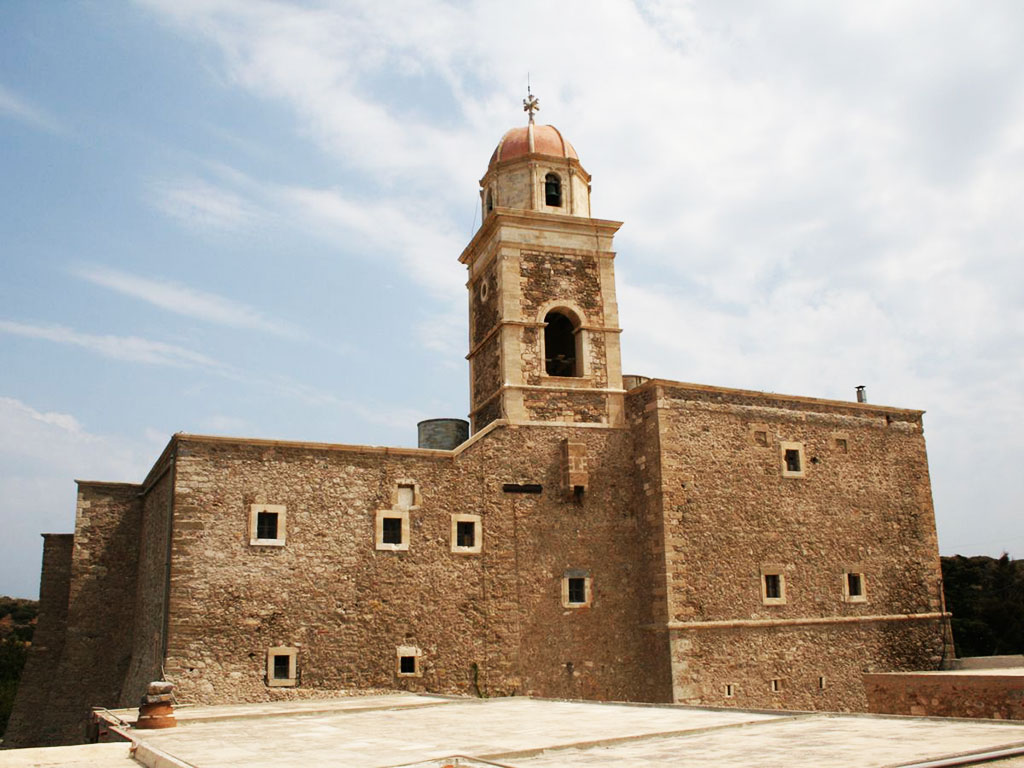 The Monastery was in the height of its glory in the 14th and 15th century, judging by the many and very important Byzantine icons of that period. These icons represent the development of Byzantine painting which came to Crete gradually after the conquest of Kostantinoupolis by the Turks. The high artistic value of these icons indicates that the monks in Toplou were highly-educated and we also know that they helped to rise the cultural level in Crete during the Renaissance. Unfortunately, the rise stopped in 1612 because of a disastrous earthquake in East Crete.

During the German domination, lots of Greek fighters found shelter in Toplou and were also allowed to hide a radio there. One more restoration of the Toplou Monastery took place in recent years, originated and surveyed by the Abbot Philotheos Spanoudakis. Furthermore, a museum was founded for the exhibition of the very carefully preserved, precious things in the Monastery. In addition, there is a library in the Monastery, which includes rare books. The Temple is decorated with murals and frescos painted by Mr. Emmanouil Betinakis. Flocks of sheep and goats graze in the barren land owned by the Monastery, whereas in the fertile parts there are biological vineyard and olive trees cultivations.