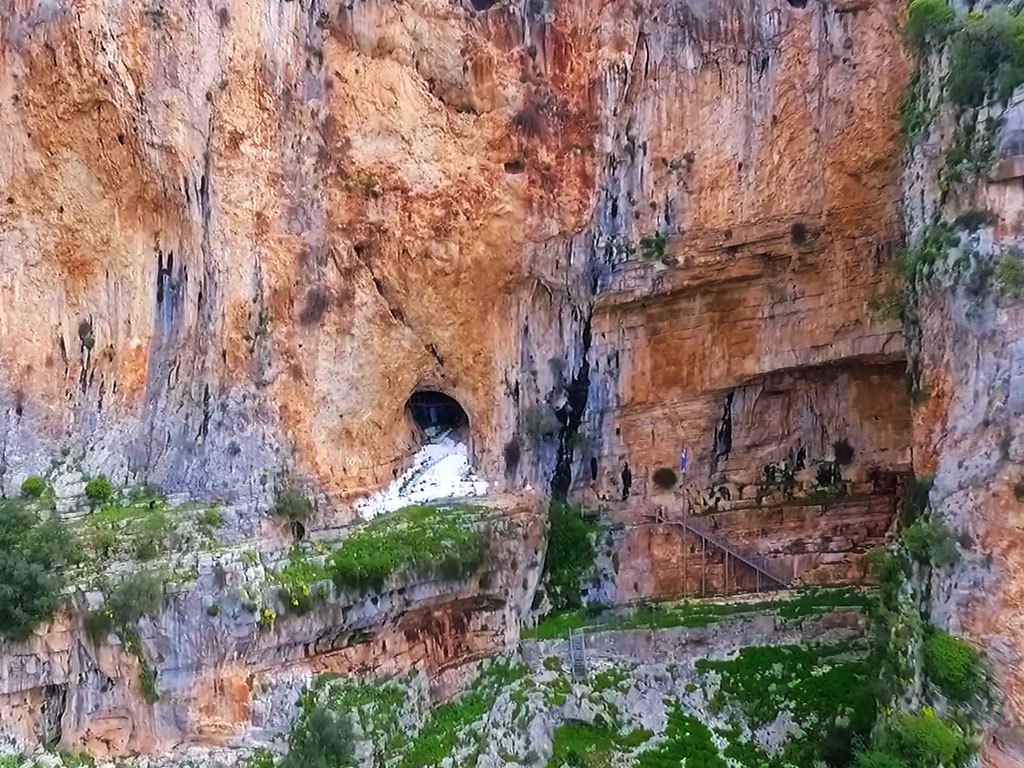 On the south side of Mount Arakynthos, in Etoloakarnania, inside an inaccessible cave, which overlooks the lagoon of Aetoliko, is well hidden the monastery of Agios Nikolaos of Kremastos.

One of the largest cave monasteries in the Balkans with an opening of 6 meters and a depth of 12 meters. Inside, the visitor will find the stone iconostasis and various murals (rock paintings) of which the prominent ones are those of the Virgin holding the Infant, the birth of Christ, the Crucifixion and the Assumption of the Virgin. Excellent frescoes are also preserved in a smaller cave, 20m. further north. These rare frescoes of both caves belong to the so-called Cappadocian style and reveal the close relationship of Aetolia and Acarnania with Cappadocia and Constantinople.

According to the Metropolitan of Nafpaktos and Arta, Ioannis Apokafkos, the nickname "Hanging" was given by the first monk of the cave Nikandros, who consecrated there in the period 990 - 1005. Of course, there is a tradition, according to which the name was given by believers of the area. Whatever version you may believe, the cavernous monastery looks to the visitor as if hanging from the steep cliffs of the mountain. To get there, you have to walk an hour and a half from Kefalovryso Aetoliko, moving northeast, until you meet a steep ravine and climb 50 meters, following a narrow and steep path. 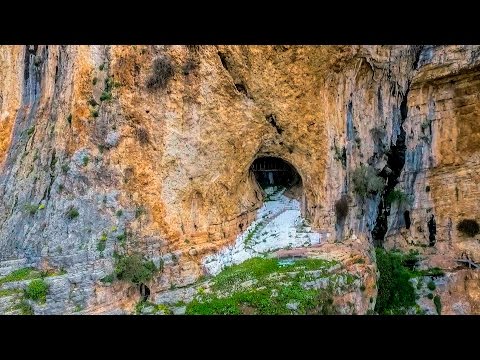