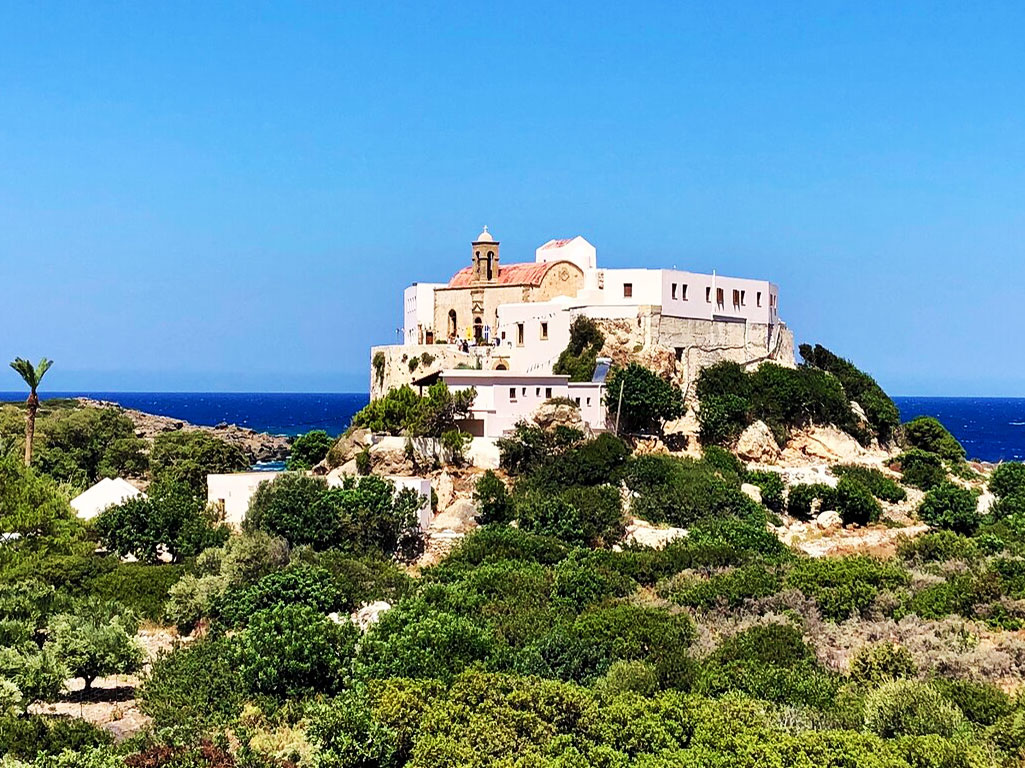 Chrysoskalitissa Monastery is a 17th-century Orthodox Christian monastery located on the southwest coast of the island of Crete. The monastery lies about 72 kilometers southwest of Chania and is built up on rocks 35 meters above the water, overlooking the Libyan Sea. The monastery is dedicated to the Holy Trinity and the Dormition of Virgin Mary. It is an historical and one of the most famous monasteries in Crete due to its impressive architecture and the short distance from Elafonisi. The monastery celebrates on August, 15th.

According to local tradition, the name of the monastery is derived from the ninety steps leading up to the main building, the last line of which is said to be golden (χρυσός - chrysos in Greek) but it is only visible only to devout Christians. The area of Chrisoskalitissa is inhabited from the Middle-Minoan years when here was a settlement of fishermen. The exact date of the establishment of the monastery is unknown. According to tradition the monastery was built when a farmer found an icon in a rock. The icon is said to have been hidden from the Era of the Byzantine Iconoclasm, 726-842 A.C. and it can still be found in the church of the monastery.

On the Easter day of 1824 the Egyptian Ibrahim Pasha massacres 600 women and 40 rebels,  destroying also hundreds of churches of the area. When his army tried to loot the monastery, a swarm of bees attacked them. The hive of the bees was in the place where the iconostasis is today, on the way up to the monastery. In 1855 the monk Manassis Glynias from Askifou renovates the old monastery and builds the guesthouse, several monk cells and warehouses while in 1900 the monastery is annexed to the monastery of Odigitria Gonia.

In February 1907, when the Austrian ship «Imperatrix» wrecked in Elafonisi, the monks of the monastery, battling the waves managed to save 102 passengers, while 38 drowned.  In 1940 the monastery was converted into a nunnery but a year later the nuns were expelled and the monastery used as German outpost. From 1944 until today is inhabited by monks. Today the monastery is open to all people who can visit it and maybe stay for a couple of nights if there are free cells. 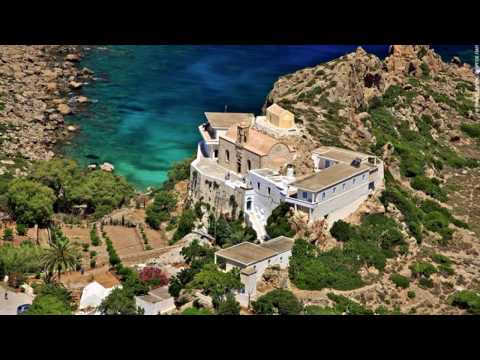