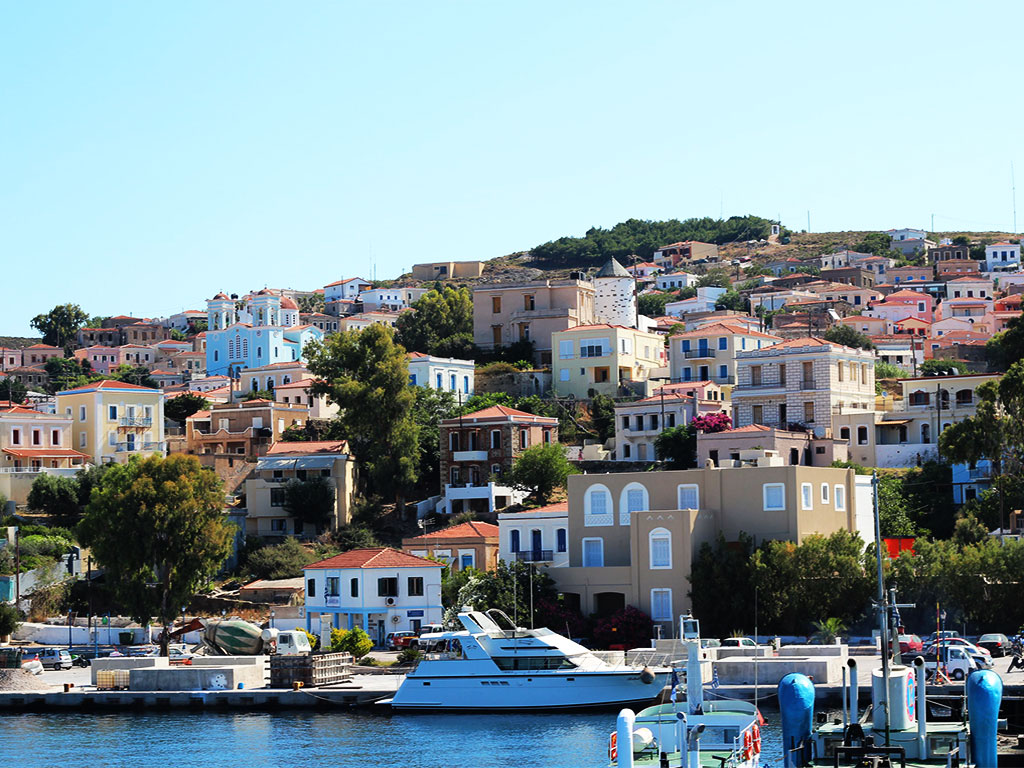 The picturesque village of Oinoussa is the only inhabited village on the island. The little village with the traditional architecture is amphitheatrically built around the charming port, on the southern coast of the island. Right across the harbor, lies Pateroniso islet, having as background the island of Chios. It is a typical north Aegean village with traditional two storey houses colored in ochre and pale with red-tiled roofs, imposing mansions with blooming gardens, whitewashed alleys and beautiful public buildings. Oinoussa is quite small and everything is within walking distance.

Oinousses is the “shipowner’s island” since many Greek ship-owners are from there and have their summer houses and villas built on the island. Therefore, you may see many beautiful yachts in the harbor. Due to this fact, tourism is fairly low as it is against the will of many of their inhabitants. The rest of the people are engaged in seafaring, fishing or are involved in the production of the famous local wine.

Many streets have been named after the shipowners due to the financial support to big works like the Nautical high school and Academy for Commercial Navy Captains, the Naval Museum and many more. The Nautical Museum of Oinousses, housed in the mansion of the Laimos family, records the rich naval history of the island through amazing collections. Most of the exhibits have been donated from local families. On display there is a number of ship models, dating back as far as 1800, made by French prisoners of war during the Napoleon wars, paintings, nautical instruments and books.

In front of the harbor stands the “Statue of Oinoussiotissa” symbolizing the anguish of the mother for the child's safe return from the trip, while at the entrance of the harbor there is the Mermaid, a bronze statue of a mermaid, wearing a crown and holding a sailing boat on her left hand. The church of Agios Nikolaos with its impressive wall paintings, dominates the center of the village. Agios Nikolaos is the patron saint of the sailors and of Oinousses as well. The village offers tranquility making it an ideal destination for peaceful and relaxing holidays.