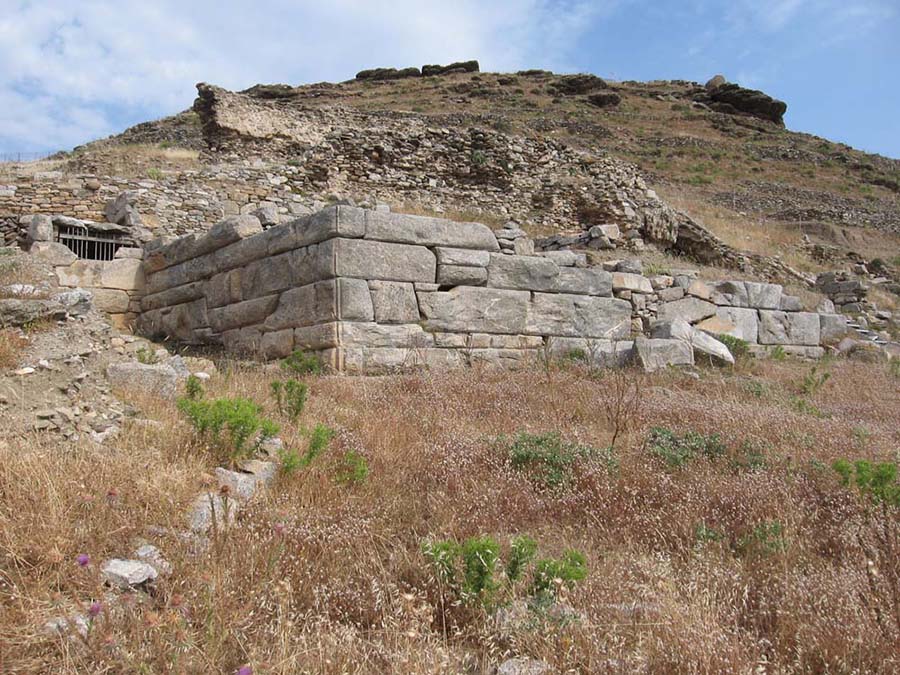 The ancient city of Minoa (one of the three ancient cities of Amorgos, together with Aegiali and Arkesini) is approximately three kilometers away from Katapola. To get to it, you have to ascend the road on the north-eastern side of Moundoulia hill, via Sakkas valley. It is said that the ancient city was built amphitheatrically on the south-eastern side of the hill. When you visit, you will be able to view the ancient walls, the courtyard and the parapets from the Geometric period. You will also see the long structure of the Gymnasium, which dates from around the 4th century BC. The city was a place of worship of the god Serapis. Also worth admiring are the preserved drainage systems and stone aqueducts. The Roman reservoir where a statuette from the Early Cycladic period was found, is one the most recent findings in this archaeological site. The site also includes remains from the Neolithic period, indicating that the area has been inhabited since that time. Finally, at the top of the Acropolis, you can view the base of the temple where Dionysus Minoitis was worshipped since Geometric times. The findings and relics at this site, indications of life and cultural activity, date from the 10th century BC to the 4th century AD.