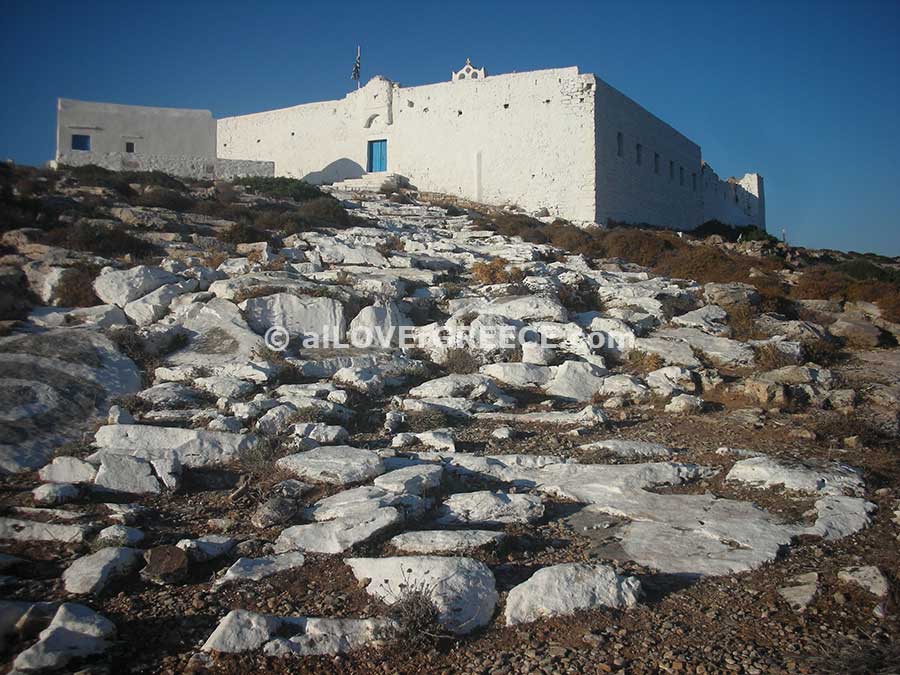 The monastery is built on the top of the hill, on the edge of a cliff in a stunning location and gives the impression of a castle as it is surrounded by a fortification enclosure.

Neither the heavy wooden door, nor the tall walls, nor the crypts, the secret passages, the loopholes, the ropes escaping ropes to the cliff, nor even the motions prevented the pirates who deserted the island several times.

In 1834, with Otto's order, the monastery was dissolved and all eight old nuns staying there were housed in various Sikinian families until their death.