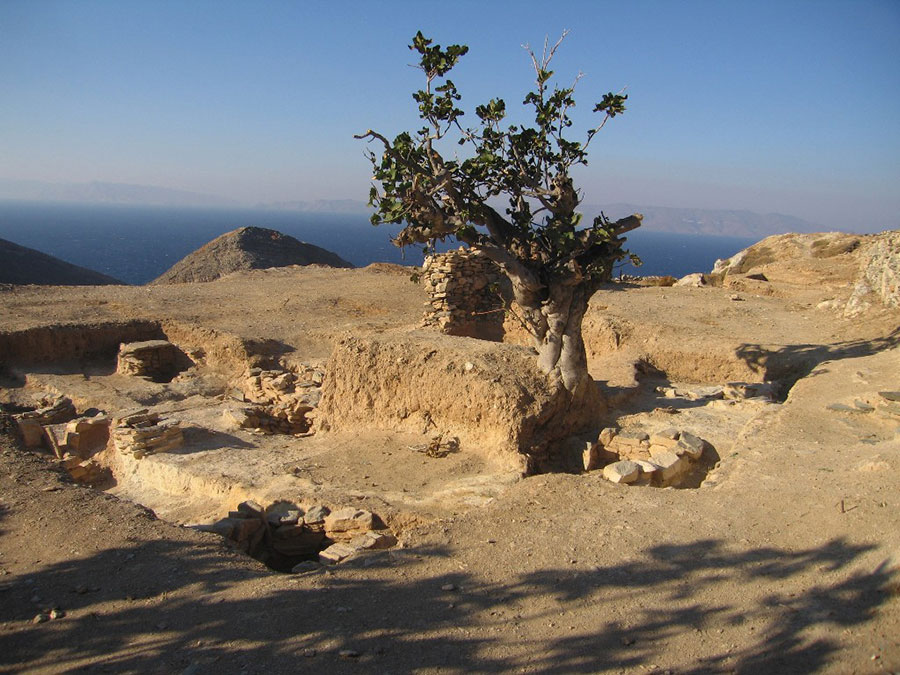 The Archeological Site of Chalandriani of Syros

Located in Ano Syros overlooking the sea and the surrounding islands, it is the first settlement of the island dated from the 3rd Millennium BC. On a steep and distant rock of the slope was built the citadel of the island to protect the inhabitants from their enemies. Halandriani was also used as a cemetery for the dead of the adjacent settlement of Kastri and, therefore, is called by many "Necropolis" (the town of the dead). It was named after the "Chalantra", i.e. "broken lairs", which means the "ruins of houses", as these were the first findings of the area. In this archeological site, you will see 600 ancient tombs and many statuettes. In the excavations, several jewelry, sea shells, vases, stone pulverisers, household utensils, compasses, weapons and foundations of houses, which indicate that the settlement was a center during the heyday of the early Cycladic civilization. This site is also worth visiting for its view and the nearby restaurants that offer exquisite delicacies. Wear comfortable shoes and be extremely careful because it is very windy here.