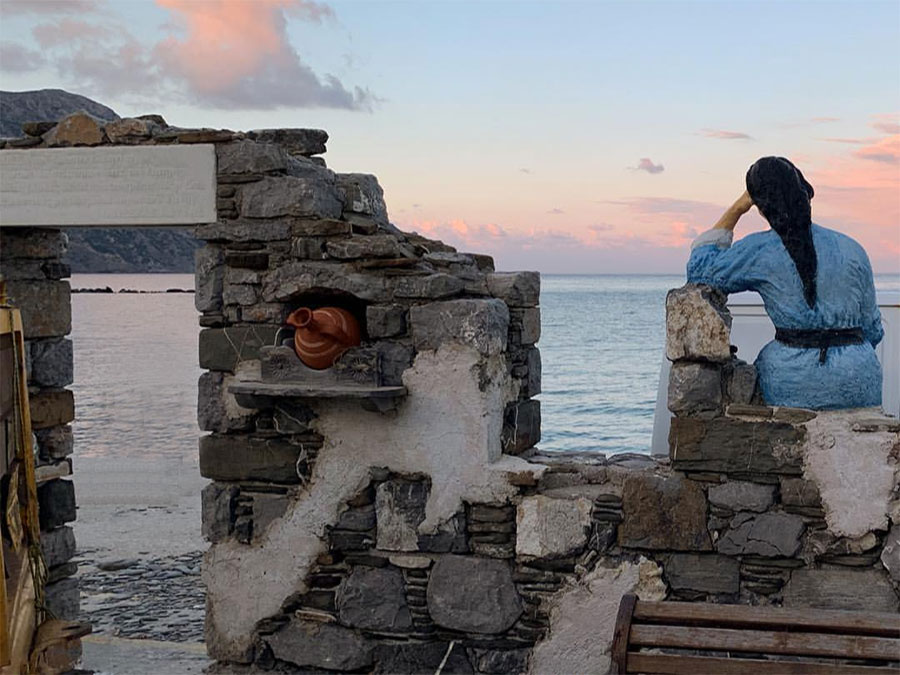 Monument to the woman from Olympos of Karpathos

The sculpture of an old woman dressed in traditional clothes, which is overlooking the sea waiting for the return of the migrants, is a tribute to the migrants and the contribution of the Olympian women. The Greeks that were abroad contributed in the development of the land by sending remittances to their fellow-villagers, but, at the same time, they were an open sore for the Karpathians. These emotions are depicted on the statue of the woman, who anticipates the migrants with fortitude.