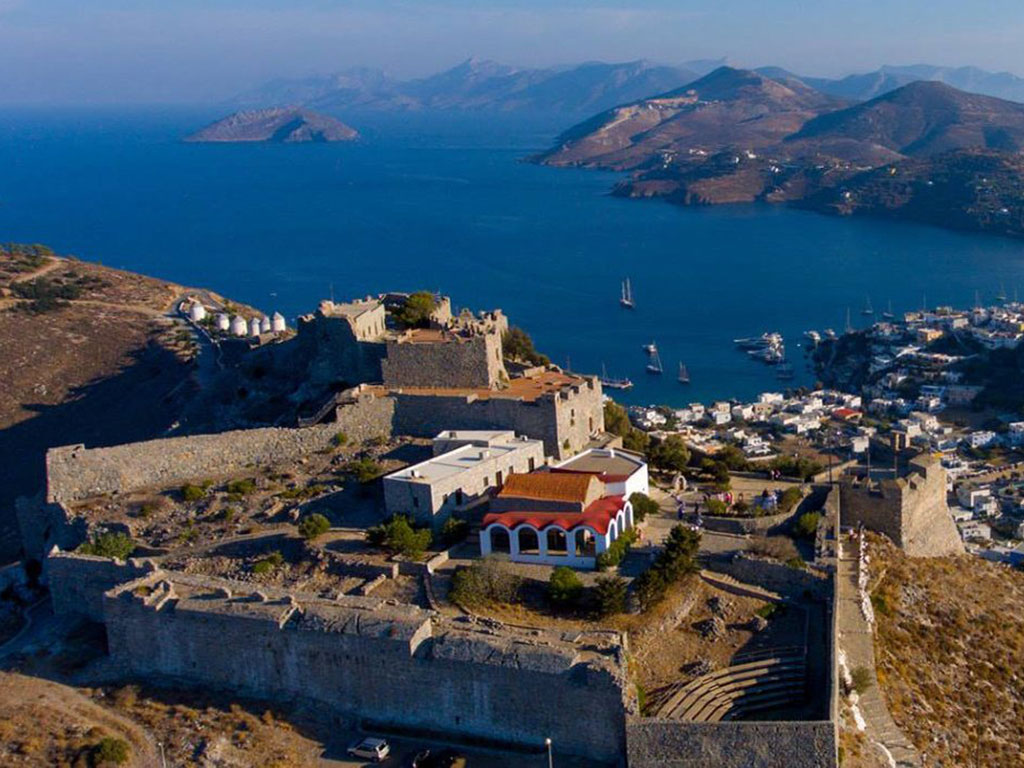 The Castle of Pandeli is a strong Medieval fortress crowning the peak of the Pityos hill in NE Leros, at a height of about 600 metres above sea level, overlooking the capital of Leros. It is also known as the Castle of our Lady, which means the Castle of Virgin Mary. Over the years, this Byzantine fortress, that survives well till today, has become the trademark of the island. The Castle gives a great view to the above mountainous landscape, the sea and the villages of Leros island.
A chrysobull of 1087 associates the castle with the Blessed Christodoulos, founder of the Monastery of St. John the Theologian on the neighbouring island of Patmos. It appears that at the time it was in a poor state; the grant included the walls, a church with some monastic cells and some other buildings in ruinous condition.
In the 13th century Leros was captured by the Genoans and later by the Venetians. In 1309, the Knights of Saint John arrived and during their occupation, some serious reinforcement and restoration work was done in the castle.The Ottomans tried to take the castle in 1505 and 1508 without success. Finally, they got the island in 1522, after the Siege of Rhodes and the subsequent departure of the knights from Dodecanese. During the Italian occupation (1912-1945) the castle was used as a military base and some constructions of cement were added to the castle.
On the west side of the fortress stands the church of the Virgin, probably dating from the 18th century, with icons of considerable religious significance. At the centre of the fortress stands another church called Fangoklissia (=church of the Franks). The church has a magnificent icon and fine wall paintings.
To go to the castle, you have to take the footpath that starts from Platanos or drive all the way from Panteli.
Source: 1. Website ΟΔΥΣΣΕΥΣ - Greek Ministrty of Culture - 2. Kastrologos