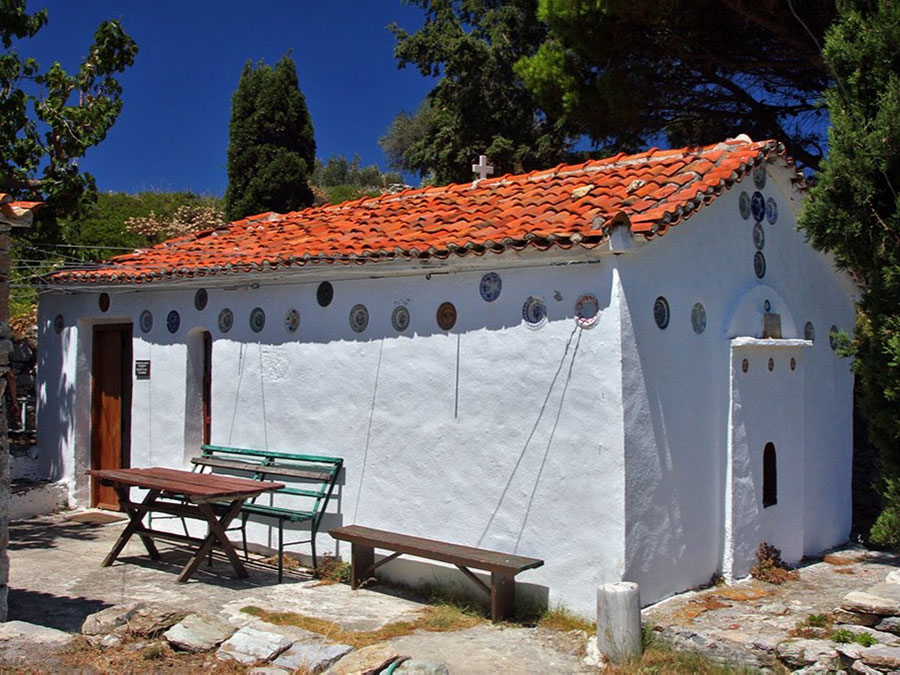 The Churches of the Castle of Skiathos

Some of the Churches of the Castle , some of those have been restored and for some you found only the ruins , were and are : Agios Vasilios, Panagia Prekla, Virgin Megalomata, Agia Kiriaki, Ipapandi of Christ, Agii Apostoli, Agia Paraskevi, Agios Efstathios other anonymous temples. At the road to the castle you will meet and other old churches and monasteries such as Panagia Kardasi , Agios Theodoros , St. John ‘s Castle . At the Saint John in the beautiful environment of the Church and you can cool off from the spring water and enjoy the cool breeze .

Church of Agios Floros of Tsougkria of Skiathos

Church of Panagia Katevodotra of Skiathos