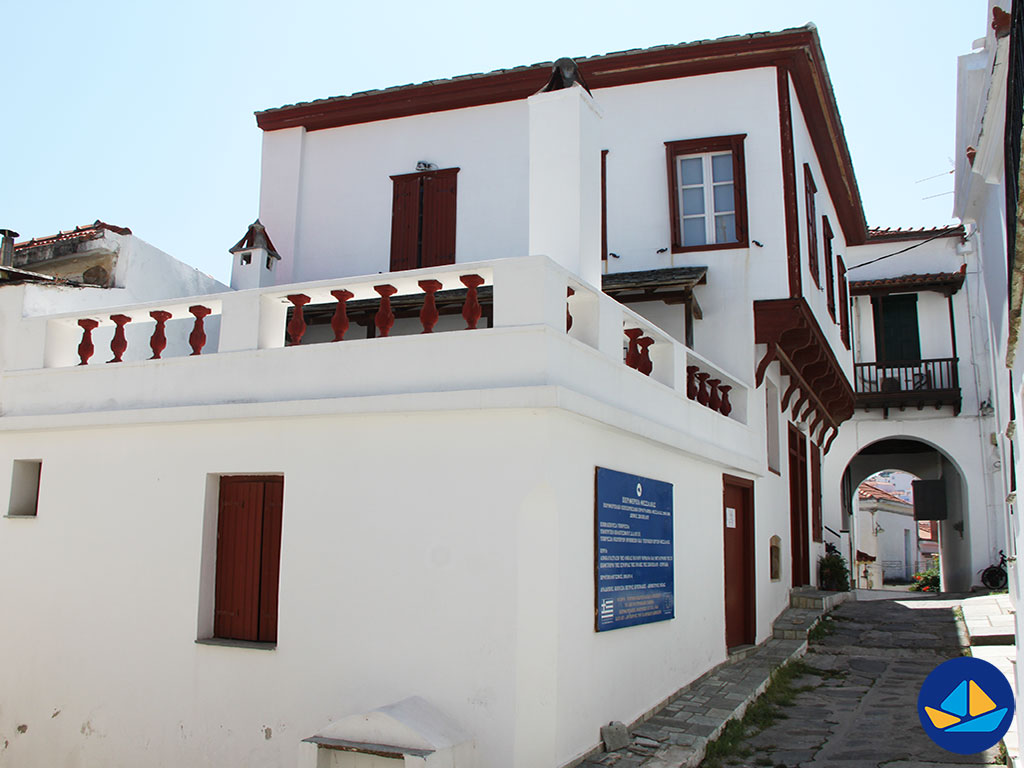 House of Paul Nirvana of Skopelos

An important newer monument of Magnesia, the Nirvana home in Skopelos, is reviving and is about to open its gates to the public in the near future. The building was repaired and repaired in the history of the town of Skopelos from antiquity to the present day. The responsibility and supervision of the entire project was undertaken by the Ministry of Culture of the Modern Treasures and Technical Works of Thessaly. In this house spent his childhood, the new Greek writer Pavlos Nirvanas, who came from the island and his real name was Petros Apostolidis. It is built in the center of the traditional settlement of Skopelos, in the neighborhood of Agios Ioannis, next to the Church of the Three Hierarchs, overlooking the amphitheatrical Chora and the picturesque harbor of Skopelos. The house is one of the most valuable and representative examples of the local Skopelian Folk Architecture, "Macedonian Press", without any subsequent alterations and changes and was built in the first half of the 19th century. For the above reasons, in 1965, the Ministry of Culture was designated by ministerial decree as a historical listed monument requiring special state protection. It is a two-storey building with a semi-basement, stone-built on most of its facade except the façade and the east side of the floor that are made of tatami. The front of the floor is strongly projected out of the outline of the base of the building, creating a single sachnisis, which is the most characteristic of Macedonian press houses in Skopelos. The ground plan of the house is C-shaped and develops on three levels, the semi-basement, the ground floor and the first floor. The semi-basement is formed on several levels and includes three spaces, which were used as warehouses and cellars to store the products of the year. The ground floor communicates directly with the daily room, which from its layout appears to be used in its original form for cottage and commercial activity. In addition to the daily room, which is at a lower level than the rest, this level has two more winter rooms with a fireplace. The first floor comprises three rooms, two of which communicate with each other with internal double doors and are used as reception areas while the third was a bedroom. On the southwest side of the plot there is the parlor, where the kitchen of the house and the toilet are located, while the rest of the plot is fenced with a tall stone-built courtyard, creating inside a small enclosed courtyard. The Nirvana house was purchased on 18.12.1998 by the Municipality of Skopelos. In 2002, the repair of the house was included in the 3rd Community Support Framework and was repositioned as a showcase of the history of the city of Skopelos, according to a study prepared by the Ministry of Modern Treasury of Thessaly. The repair works, which began in July 2004 and ended in November 2005, fully respected the traditional character of the building. The building was restored and transformed into a showroom of the history of the city of Skopelos. For this reason, all the necessary modern facilities (electrical, water, heating, alarm, fire safety, etc.) were installed to meet the requirements of a modern showroom.