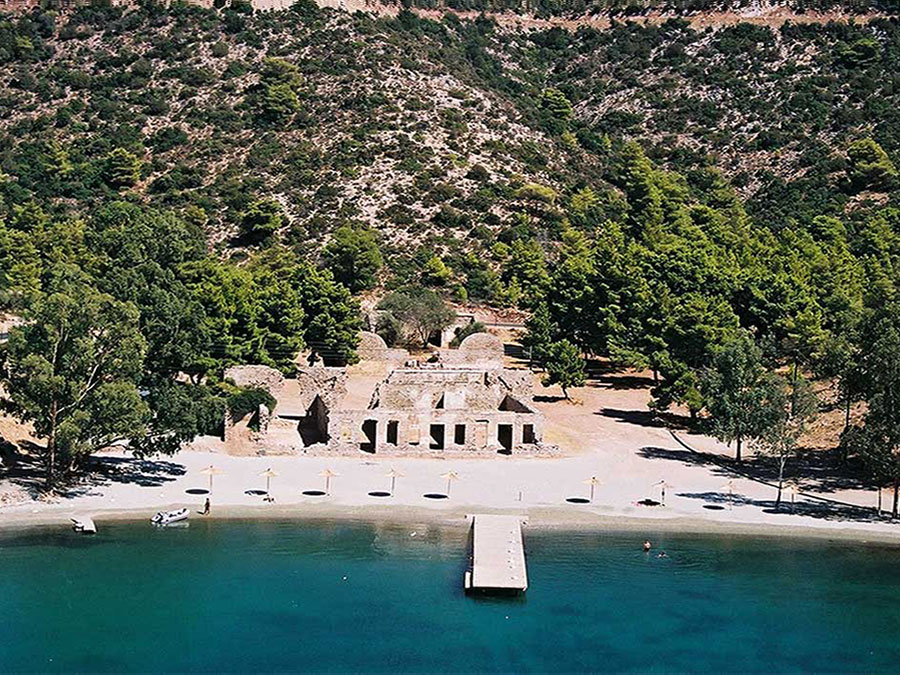 On the northern part of the island are the remains of the Russian naval base. In 1834 warehouses and furnaces were built at the spot to supply the Russian fleet which was sailing the Aegean. The Russians remained owners of the base until 1900. In 1989 it was characterized a historic listed monument due to its architectural and historical significance.

Statue of the Mermaid