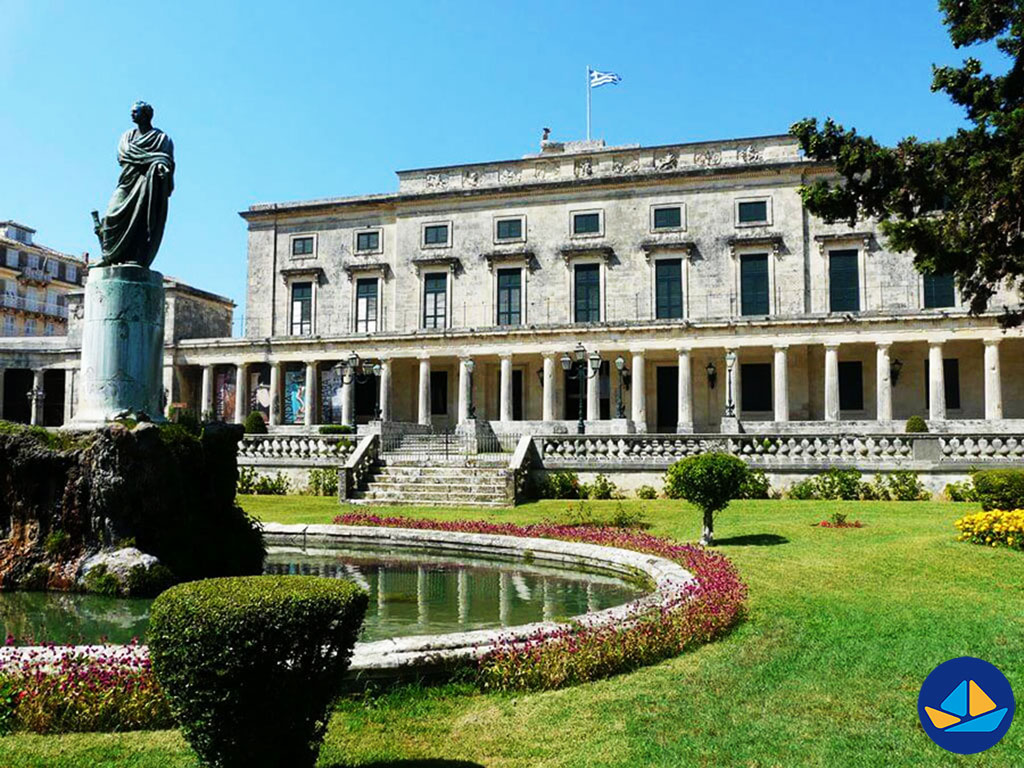 Palace of Saint Michael and George of Corfu

During the era of the British rule, High Commissioner Sir Frederick Adams in 1819 decided to build a house for him and his family. So he created in Corfu a unique palace in Georgian style. The building was designed by an English engineer Colonel Sir George Whitmore (1775-1862) and despite its enormous size is elegant and beautiful.It has been described as the best example of regency architecture outside Britain. It is the largest palace in Greece except for the palace of King Otto in Athens, which today houses the Greek parliament. The large line of Doric columns has two gates, the Gate of St. Michael and the gate of St. George. In the garden is the statue of commissioner Frederick Adams made by Corfiot sculptor Pavlos Prosalendis. Outside it has carved representations of the Ionian Islands and within two rows of Ionic columns surrounding the main hall, showing scenes from the Odyssey. The first floor is decorated with Corinthian columns. There are three main halls: the ballroom, the throne-room and the symposium room. The palace previously housed the Ionian Senate and is the home of the Order of Saint Michael and Saint George . For a half of the century it was also the summer residence of the former Greek royal family. Today it has been refurbished as a museum displaying classical antiquities,. A meeting of the summit of the European Union was held here in 1994. The building looks over the north side of Spianada square on Iroon Politechniou street, and also houses the Asian Art Museum and the Municipal Gallery.