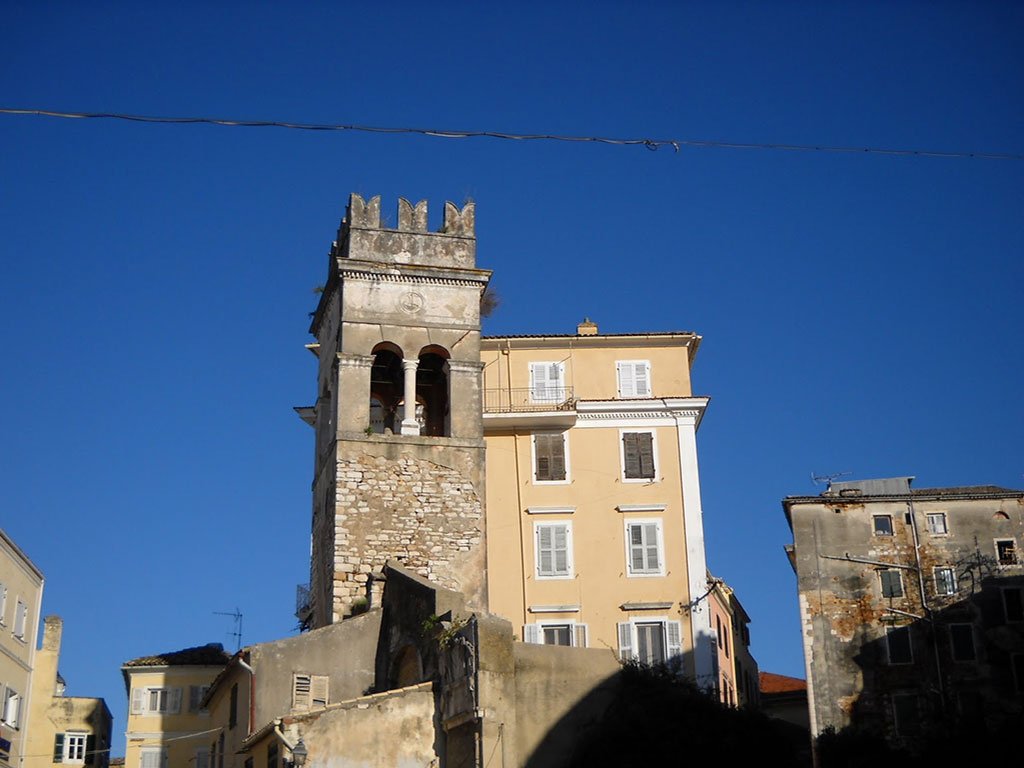 Annunziata was a church devoted to the Annunciation of the Virgin Mary as well as to Santa Luccia, at the intersection of Evgeniou Voulgareos and Vrahlioti streets in Corfu, it was the Catholic Church of Lontsiada as the Corfiots knew it. Built at the end of the 14th century by the Napoletán captain Petró Capece and dedicated to the Annunciation of the Virgin Mary since March 25th is the date of the founding of the Venetian Republic. At the inauguration ceremony where all the nobles of Corfu attended, Petró Capece handed over the church to the Order of the Augustinians, giving Nicolo Russino, a representative of the battalion, a commemorative stick, a symbol of transfer. Today the church does not exist, first destroyed by the German bombings on September 14th 1943 and later, instead of being repaired, it was demolished without a serious reason in 1953 during the mandate of the mayor Stamatios Dessylas. It is not the only monument in Corfu that has been demolished without reason, the same has happened with the old municipal theater, so did with Porta Reale, the main gate of the old city. Today, only the characteristic bell tower of Annunziata remains stand, which is a monument of pan-European significance, this is due to its relationship with one of the most important events of world history. One of the greatest naval battles of all times was the naval battle of Nafpaktos in 1571 among the fleets of the Holy Alliance, ie the united fleets of Venice, Spain, Naples, Sicily, Genoa and Malta against the Ottoman`s (undefeated untill then) Turkish fleet. In the naval battle that took place in the bay of Patras opposite Nafpaktos, the Turkish fleet was completely destroyed, since its 251 ships were sunk or captured, and of the 50,000 Turkish soldiers and sailors over 20.000 were killed. In the Turkish ships also served about 1500 Greeks from the Turkish-occupied Greece who after the battle were released. Many of the Latin nobles who lost their lives during the naval battle of Nafpaktos were buried in this church, so this is the reason for the historical significance of the monument. After the demolition of the church, the bones of those Heroes were transferred to the Catholic cemetery. Among the dead Christians were the Corfiots Halikiopoulos, Kontokalis, Kokkinis and Petros Bouas. PETROS BOUAS became the Martyr of Freedom , he had the misfortune to be captured, the Turks dangled him alive and presented his skin as a loot to the Sultan. Today efforts are being made to maintain and emerge the monument, but sometimes plans change, sometimes they are abandoned after they encounter various obstacles such as political feats, impotence, disclaimer.