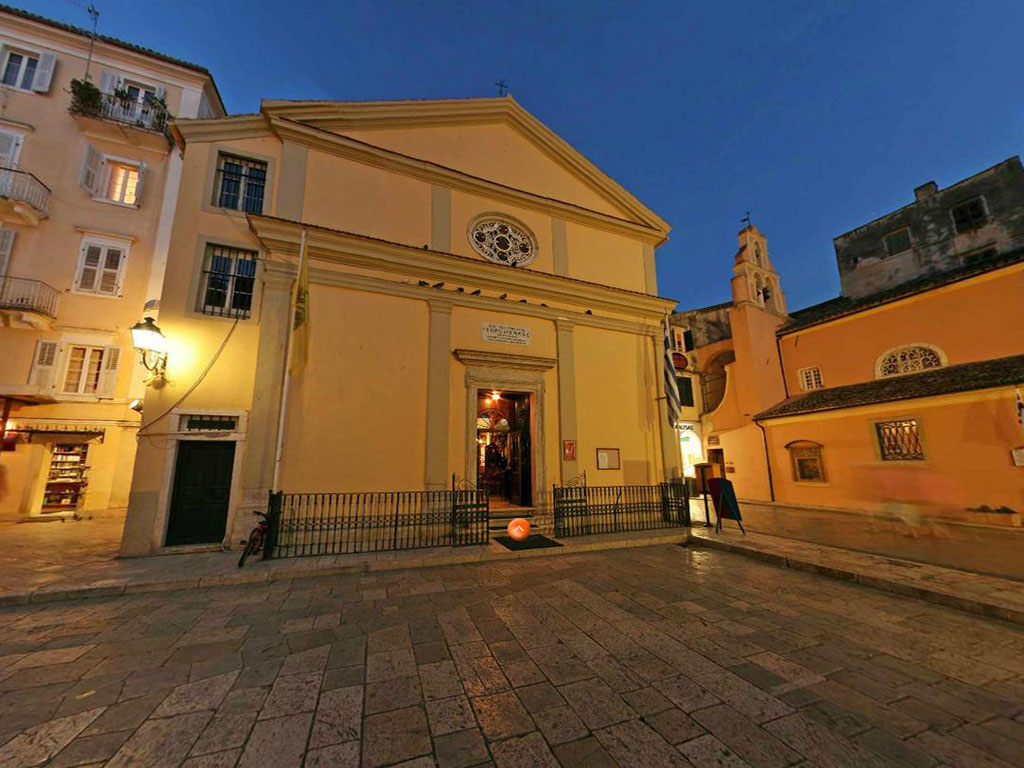 Very close to the church of Agios Spyridonas, the patron saint of Corfu, is situated the church of Panagia of Foreigners, as it is known in Corfu which is dedicated to Panagia Faneromeni. Panagia of Foreigners was built in the Old City of Corfu during the period when continental Greece was under Turkish occupation and Christian refugees looked for shelter in the islands. Especially at the end of the 16th century, many Epirots left their motherlands and settled on the island. A great monk, Nikodimos Kolitzas founded Panagia of Foreigners with a purpose to serve as a spiritual center and a cozy hearth for newcomers, who for the locals were «foreigners». In 1689 the church was completed and has been operating continuously ever since. The church of Panagia of Foreigners is of triple aisled basilica rhythm. The wooden roof ends up to triangular pediments, while the iconostasis is gilded and is considered the most beautiful in Corfu. One of the most impressive icons is hosted there – the church has no murals – the one of Risa Jessai, showing the prophets with their respective sayings about the coming of the Messiah. One of the iconographies on the Gates of the Iconostasis shows the 19 Fathers of the Church, the ten of the East and the nine of the West, and is considered unique. On Holy Saturday at 6:00am in Panagia of Foreigners a representation of the earthquake is performed which is described in the Holy Gospel as a subsequent-triumphant fact of the Resurrection and is one of the most popular customs of the Easter in Corfu.

Agios Nikolaos of Geronton of Corfu

Church of St. Antonios and St. Andreas of Corfu