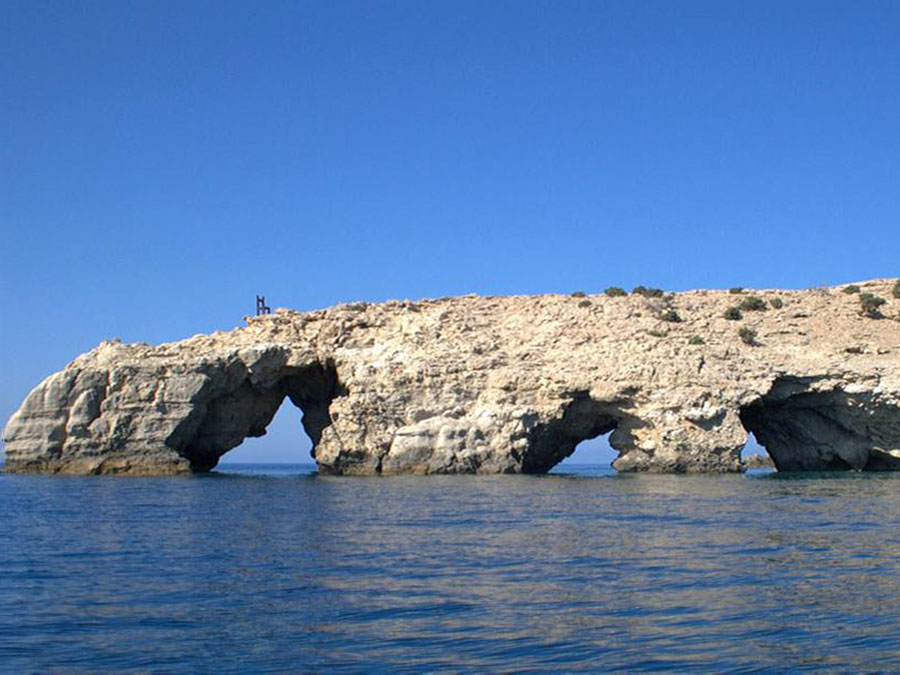 The scenery on the southernmost beach of Europe is magnificent with its trademark three large natural arches, the Kamarellles, formed at the eastern edge of the beach. From these holes he also takes the name Trypiti. Above the Kamarelles there is a huge chair made by some Russian scientists, in which you can climb and gaze at the vast South Cretan Sea.

The Russians, who had experienced the Chernobyl disaster in April 1986, chose Gavdos on the recommendation of doctors, to live in a cleaner environment. Of the 6 Russians who initially settled on the island, eventually 4 were those who settled permanently. They made a giant 2.5-meter-high chair, placed on a compass pointing the four cardinal points, on the rock of Tripiti. They used to sit on the chair gazing the open sea but also to fill their lungs with fresh air. The words "Smile and Relax" are written on the back of the chair, meaning this is the only way for someone to find peace and tranquility. An initiative that shows the need of modern people for a cleaner environment. This chair still stands on the rock and is one of the most photographed spots on the island.