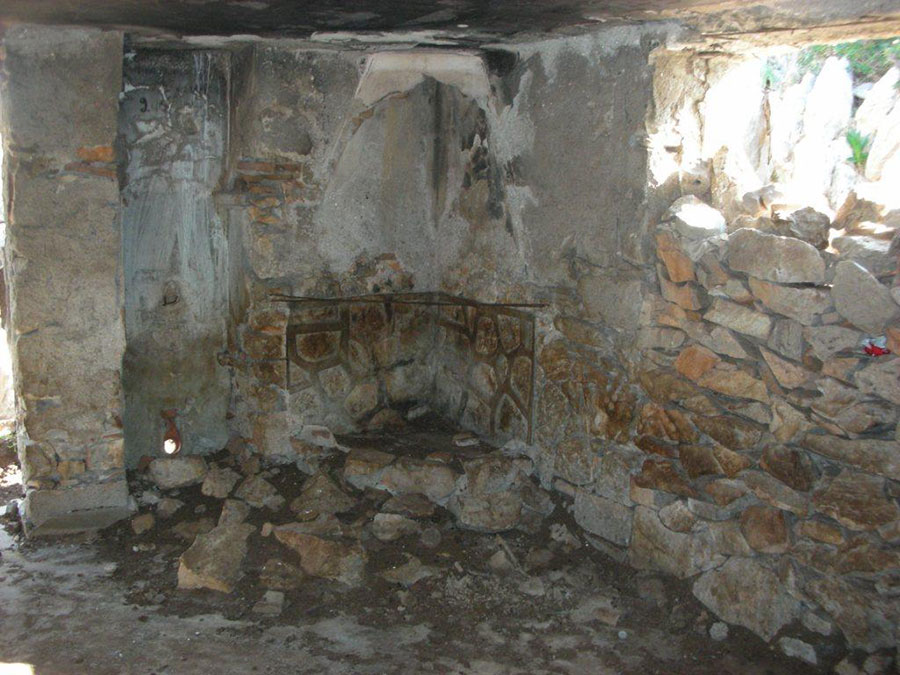 In the southernmost fort of Fourni there is a military outpost facility, which in the years of the war controlled the sea access to the capital of the island. The outbuilding is stone built and plastered, with a main and auxiliary space, with fireplaces and perimeter doors, some of which have been built. There are many charts on the walls, with original names and dates even from the 1950s. Outside the prison there are four concrete wells with iron lids for water collection. Other features of the site are a stone-built standpoint in a strategic position, in the hillside above the outpost, to control all sea accesses to Fourni. Viewing the sea from the stone-built view, besides the uninhabited rocky islands that look around the Fourni, and distinguishing in the depths of the horizon Patmos in the south, south-east Arki, Marathi and Lipsi, to the east Agathonisi, Samos and its coasts Turkey, southwest Amorgos and Donoussa and west of Naxos and the cape of Papas of Ikaria, we fully understand the strategic importance of this point and the reason why the outpost was built there.