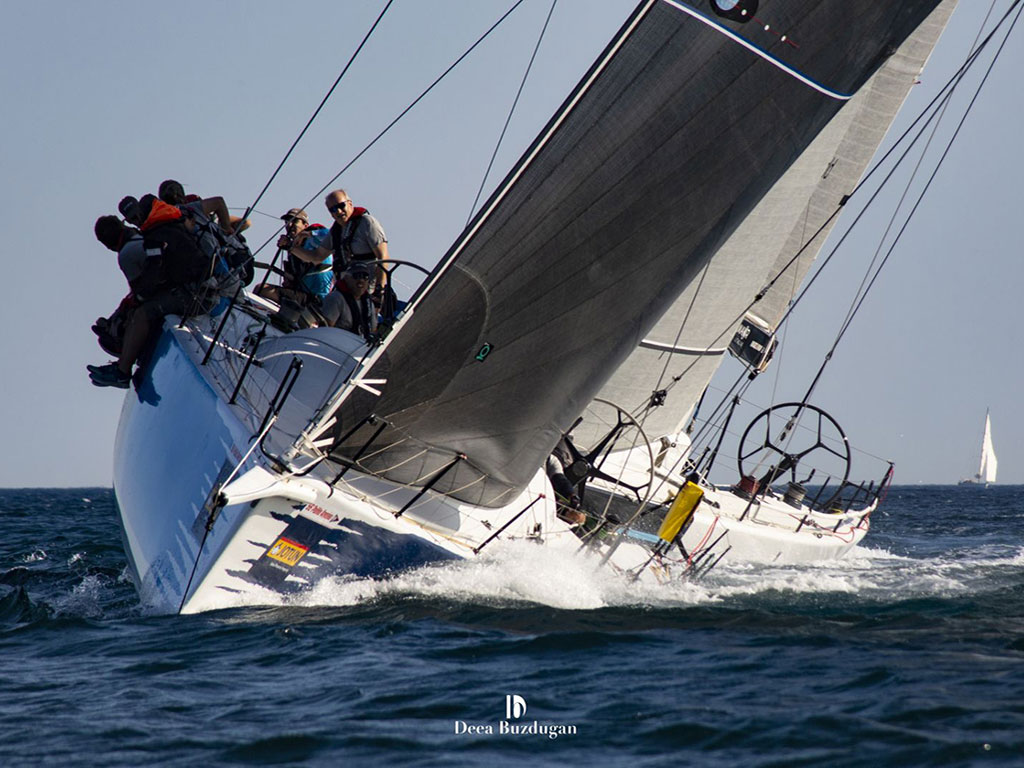 The International Aegean Sailing Rally is the oldest and most prestigious sailing regatta held in Greece and is more like a Marine Marathon. Since the inauguration of the event, way back in 1964, sailors from all over the world summon in Greece every year in mid-summer to participate in this famous sailing competition.

The Aegean Rally consists of up to four offshore races, usually starting and/or ending at the Faliron Bay, with stopovers across the Aegean islands. Ever since the once heroic Battleship Averof was decommissioned and reinstated on active duty as museum ship based in Paleon Faliron bay in 1984, the sea area right in front of her became the iconic starting point of the race.

The total length in each Aegean Rally leg vary, depending on the position of the islands selected each year as stopovers and ranges between 350-500 nautical miles.

Sailing boats taking part in the Aegean Rally have a wide range of length and sail and are divided into vessels designed especially for racing and seagoing vessels. Since participating boats are non-identical, competition between them is made possible by means of a handicap system, according to each vessel’s degree of capacity.

The Aegean Rally runs the best time of the year because of the ideal weather conditions in the Aegean region. Local winds and seasonal winds of 20-30 knots prevail throughout the race. The temperature is normally just above 30 degrees Celsius/86 degrees Fahrenheit.

The natural beauty and the deep blue colour of the Aegean Sea and the islands visited or passed by is what makes the Aegean Rally unique. The picturesque Greek islands provide all contestants with the opportunity to relax during the race and enjoy the traditional Greek hospitality.

The role of the Greek Navy was of crucial importance in the establishment of the Aegean Rally as a major naval event. In its original form, competition was strictly a racing event. Over the years and due to the excellent organisation and the high number of Greek and foreign vessels taking part, it evolved into a naval event of larger impact, directly related to the Aegean islands and Greece’s maritime tradition.