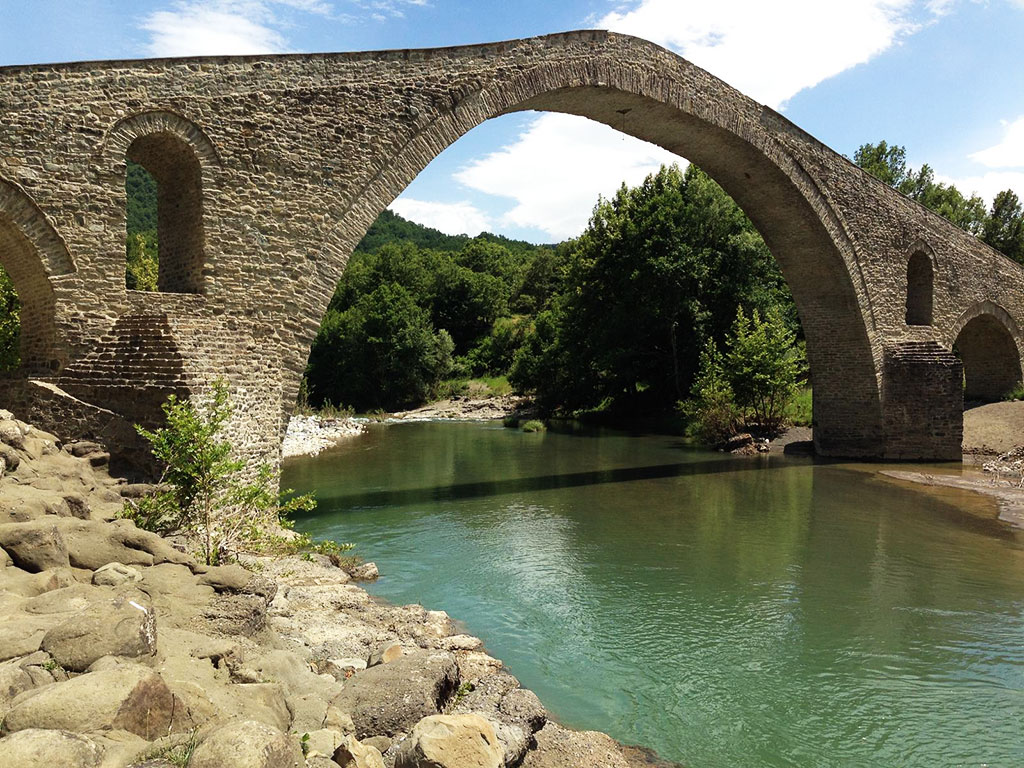 The three arch bridge of Aziz Aga is situated close to the village of Trikomo in the Prefecture of Grevena, on the eastern foothills of Pindus. Out of all surviving bridges in Macedonia , this impressively majestic stone structure has the biggest arch, which rises to 15m in height and has a total length of 77 m. Two small relief openings have been constructed on the two outer abutments, while triangular projections have been built on the bridge's two central abutments (in order to regulate the water flow).
It was built in 1727 during the Turkish Occupation, after numerous trials, and was financed by Aziz Aga. During its construction it proved to be a very difficult project, as it collapsed twice and nearly cost the "neck" of the master mason. In the end, the bridge stood erect and the mastor mason, who watched the removal of the woodwork from a safe distance, escaped and received a substantial fee. This important bridge was situated on the mountain mule trails that connected Epirus and Macedonia.
During the Turkish Occupation it facilitated the movement of local traders transporting oil and wheat and of caravans of emigrants heading towards eastern Europe. Sections of the caravan route survive to this day. In older days a bell used to hang beneath the central arch in order to warn wayfarers of high winds. 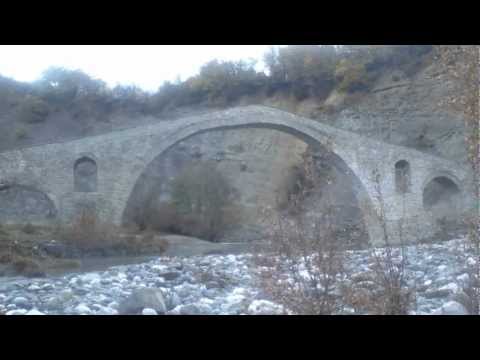