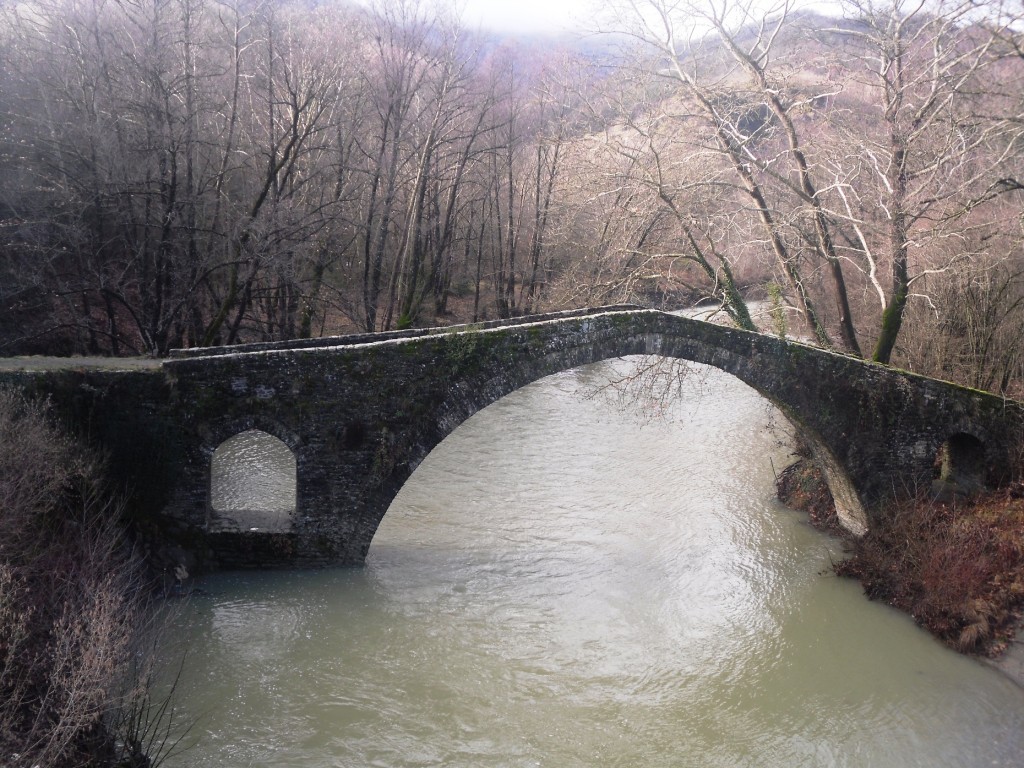 The bridge of Camber Aga's is a bridge whose shape is unique as it manages to maintain a low height compared to its large opening. It is a low single-arched bridge that has a large arch and at its southern end there is a relief opening (paratholi) while at the opposite end of the river flood zone there are two smaller false arches. It has a stone protective parapet.
It is located near the village of Miliotades in East Zagori at the confluence of the Varda and Zagoritiko rivers. It was named after Camber Aga of Ioannina, who was known for his many charities and donated the money for its construction. The bridge served the needs of caravans traveling to the area of ​​Central and Eastern Zagori to Ioannina. In fact, for this reason, there was an inn in the area, owned by the Ottoman tsiflikas.
This traditional bridge is especially known for its strange shape, which due to its height and width you do not find anywhere else.