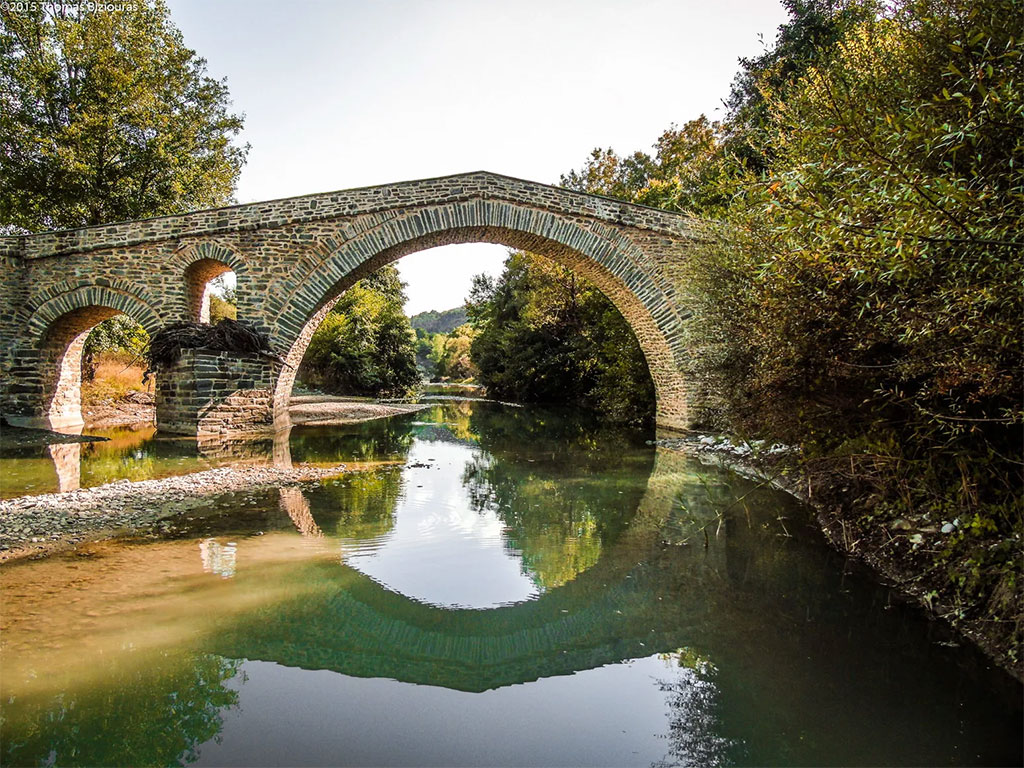 Ziakas Bridge was built in the late 19th century. It is located in Velonia river, a tributary of the Venetian, on the road that connects Grevena with the village of Ziakas. The name of the village, and consequently of the bridge, comes from the chief Theodoros Ziakas, a descendant of a well-known family of chiefs.
Ziakas Bridge is also referred to as the Tista Bridge, which is the old name of the Ziaka Grevena community or Turkogefyro, due to its possible financing by a Turk during the Turkish occupation.The road that crossed the bridge was also called Vasiliki Strata, as it was a busy road during the Turkish occupation, as the Vlach merchant caravans to Thessaly passed through there.
According to historical traditions, in the area where the bridge is located, the battle took place between Giannoulas Ziakas, brother of the chief Theodoros Ziakas, and the Turks. Tradition has it that Giannoulas wrote a poem at the same place. In the past, graves were found near the bridge, but they are not preserved today.
What amazes the visitor is the mountain of Orliakas at the foot of which the village is built, having steep cliffs and abundant vegetation. Especially in autumn, Orliakas, with its many deciduous trees, is like a painting palette, which in combination with the wild beauty of the area, the beautiful picturesque village of Ziakas and its homonymous bridge are definitely a unique place to visit every season of the year. 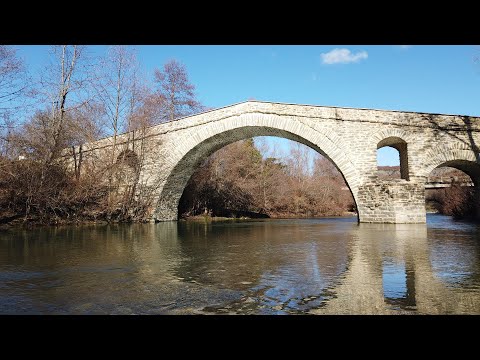