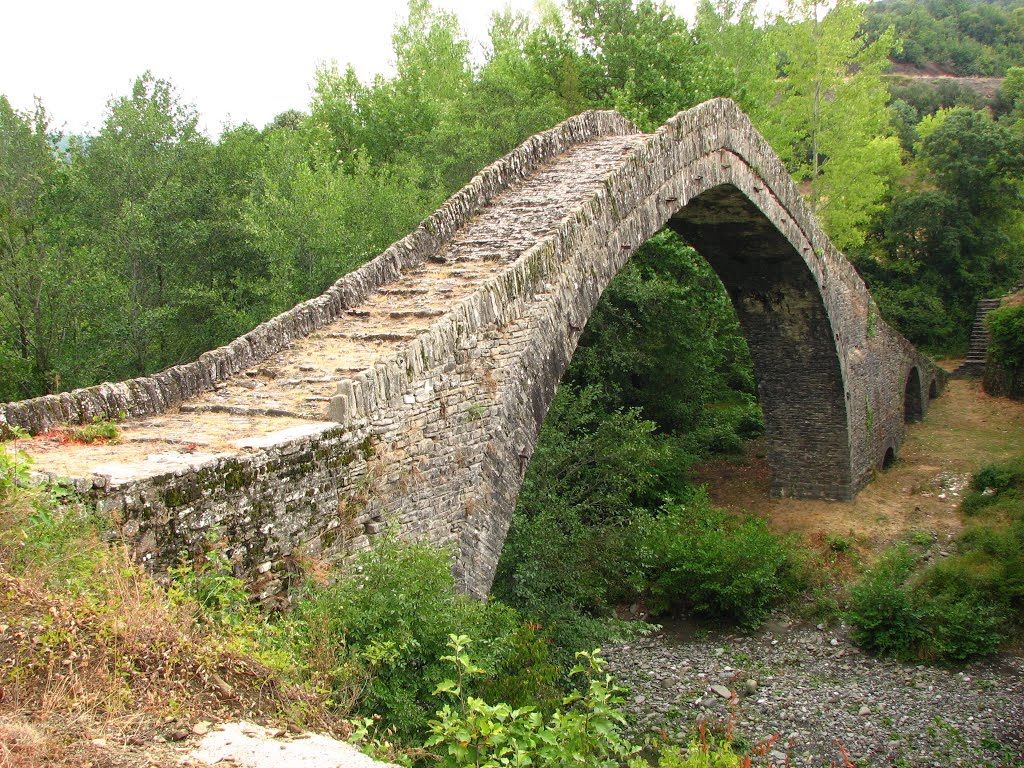 The Tsipiani bridge is located near Miliotades, on the road to Greveniti, before Tristeno and joins the banks of the river Varda. It was built in 1875 with the sponsorship of Anastasis Paspaliaris and the residents of Greveniti. The name of the bridge is due to an adjacent small settlement.
It is a single-arched bridge with three openings on the right side of the arch that follow a descending course. Its deck is quite steep and on its sides there is a small parapet. Under the arch there is a metal hook for placing a warning bell. The special feature of the bridge is the pointed shape of the large arch. This shape was not in the master's intentions but emerged after a failure during its construction.
In the past, it had a bell, like other stone bridges in Epirus, which somehow warned passers-by when strong winds blew. Right next to it, a new modern bridge has been built, which alters the picturesqueness of the landscape, but now serves the needs of the local road network.