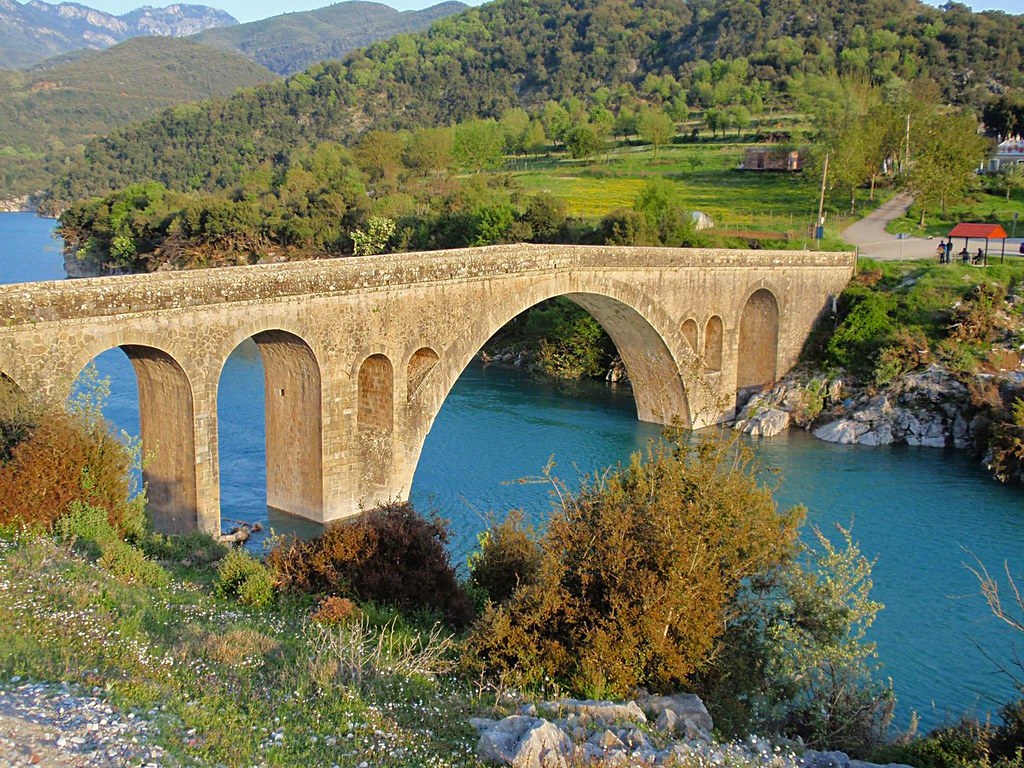 It is a stone bridge located in the province of Valtos, Etoloakarnania, on the river Acheloos and connects the Prefecture of Etoloakarnania with the Prefectures of Karditsa and Evritania. The construction began in 1907 and was completed in 1911, alongside the neighboring Bridge of Tembla. 60 craftsmen from Epirus and 60 workers from the surrounding villages of Valtos were employed.
The bridge consists of a central arch that follows the orbit of the circle, while there are four auxiliary smaller arches, one on the right and three on the left, which rise long and narrow, rectangular in shape, but their crown remains arched.
This is a vital project for the area, because the inhabitants of the surrounding villages used to pass through it for the flour mills and the water mills that existed on the opposite bank, in Mouzaki, in Karditsa and in Karpenisi. Prior to the construction of the bridge, the inhabitants crossed the river at the risk of their lives, using sometimes ropes, sometimes wood and sometimes peratarias, sometimes floating and sometimes aerial.
The area where the bridge was built is called "trichies" (rope), and it got its name from the rope on which a chair (box) used to hang. Later, a single-arched bridge was built on the site of the chair, but in some descent of Acheloos it could not withstand and fell. No evidence has been saved from this bridge. 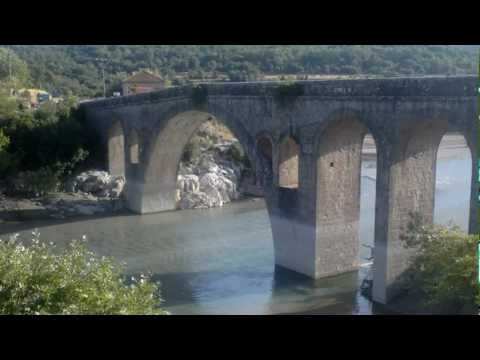