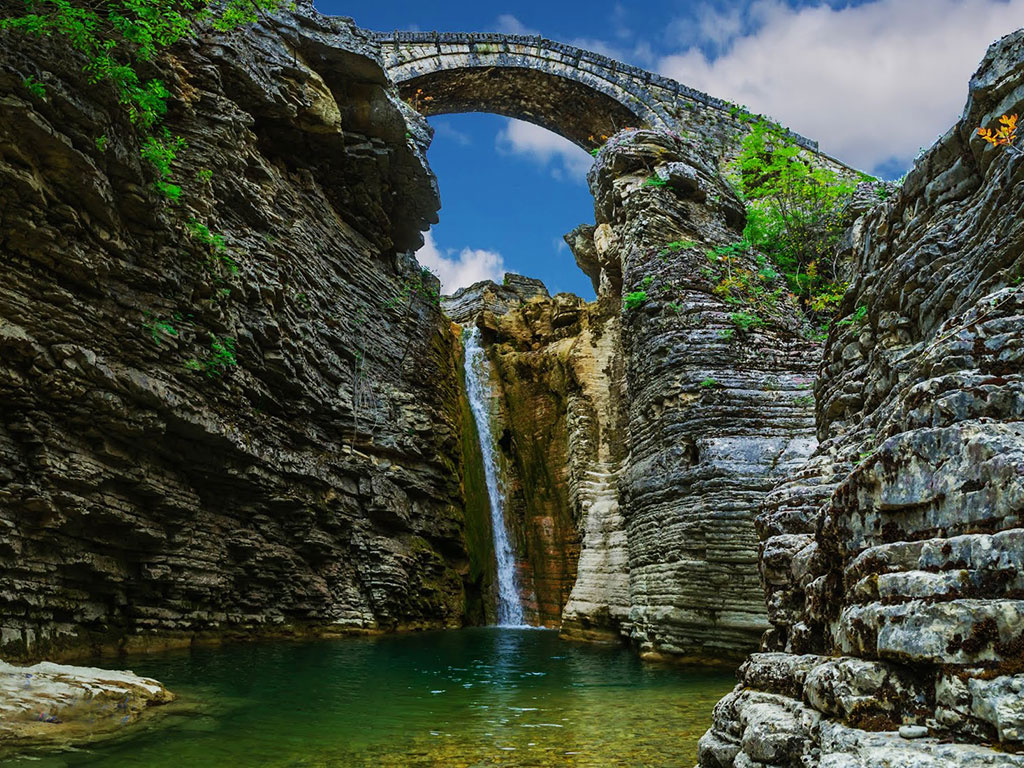 The "bridge of Gretsi" is one of the most beautiful stone bridges of Epirus, perfectly harmonized with the natural environment of the area. It is located at an altitude of 657m. at Pagoni, near the village of Paleopyrgos, and bridges the Gormos River at Gretsi. Under the bridge there is a cliff with the waters of the river creating a waterfall. The bridge is single-arched with two auxiliary arches, one on the left and one on the right side. In the center the large, fully semicircular arch bridges the cliff. It is said to have been built in the early of the 19th century (probably in 1830) but no further information is preserved about the exact date and its constructor.
In the old days the residents of the area used to pass the bridge in order to go to their fields but also to the mill. At the place where the bridge is, there were two old watermills, (of which remnants are preserved) and paths that have been designated as monuments. The access to the bridge is from the village of Paleopyrgos, going down to the valley of the river Gormos.