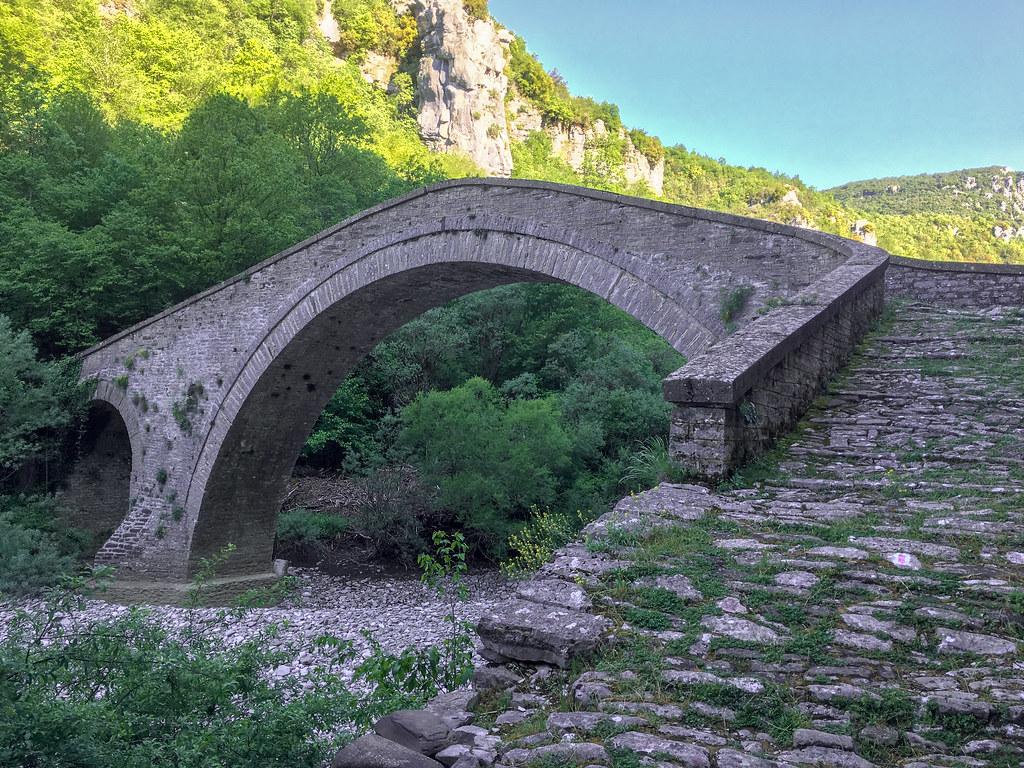 The bridge is located between the villages of Vitsa and Koukouli and bridges the gorge of Vikos at its southern end and essentially marks the beginning of the great gorge. It joins the banks of the river Xiropotamos and was built with donation of Alexis Missios. The bridge is at the end of the path which is also known as "Skala of Vitsa" and which starts from the center of the village. It links the old cobbled pavement of Vitsa with the cobbled pavement of Koukouli, helping the communication between the two villages. One element that distinguishes the bridge of Missios from the rest of the bridges in Zagori is the sudden turn of its trunk, before reaching the right bank. From its arch the visitor has the chance to admire the magical view to Vikos Gorge and sense for a while the peacefulness and supremacy of the nature.

In November 1910, during heavy rains, the river swelled, causing a tree trunk that had been swept away by the current to fail to pass under the main arch and block it. The waters of the river formed a big lake. Nevertheless, the bridge endured and proved its strength. In the past next to the bridge there was a watermill owned by Alexis Missios.

In 1938, maintenance works were carried out on the bridge as Kostas Lazaridis mentions in his book about his village, Koukouli. The great teacher from Koukouli also writes that in these works the parapets of its deck were replaced with the protective parapet that exists today. This was because the large upright stones (arcades) of the bridge had been damaged due to an old Zagorian prevention. Every woman of that time who did not give birth to a living child, climbed the bridge and threw one of its 'arcades'.

In the area you will not find lots of tourists and parked cars. But you can meet climbers who test their strength on the climbing routes that have been opened on the impressive rocks, right next to the bridge.