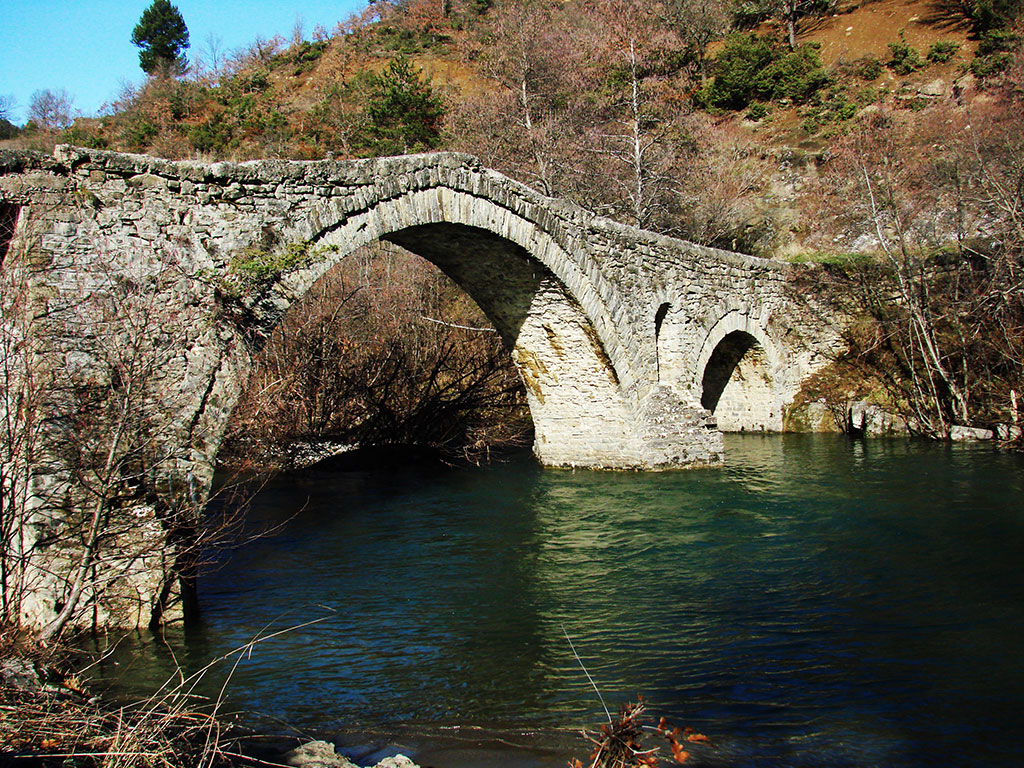 The stone bridge of Katsogiannis or Mylos is located 2 km east of Spilaio village, in the district of Grevena. There was a mill nearby that no longer exist, of which you can only see its ruins nowadays. The mill owned by the parish church of Agios Athanasios was operational by a man named Katsogiannis. It bridges the Velonia river, a tributary of the Venetikos river and it was the link between Spileo-Mavraneous and Grevena.

It is a three-arched bridge of which only the two northern arches survive. The south arch was destroyed and replaced by a reinforced concrete structure. Part of the cobbled path and the parapet (protective structures on both sides of the bridge deck) have also been survived. The exact date of construction is not known but it is estimated that it was built around 1800. The bridge can be found on the way to Spileo. There are road signs to direct you to the two bridges (Katsogiannis and Liatissa). At a short distance is also located the stone bridge of Portitsa as well as the bridge of Liatissa.