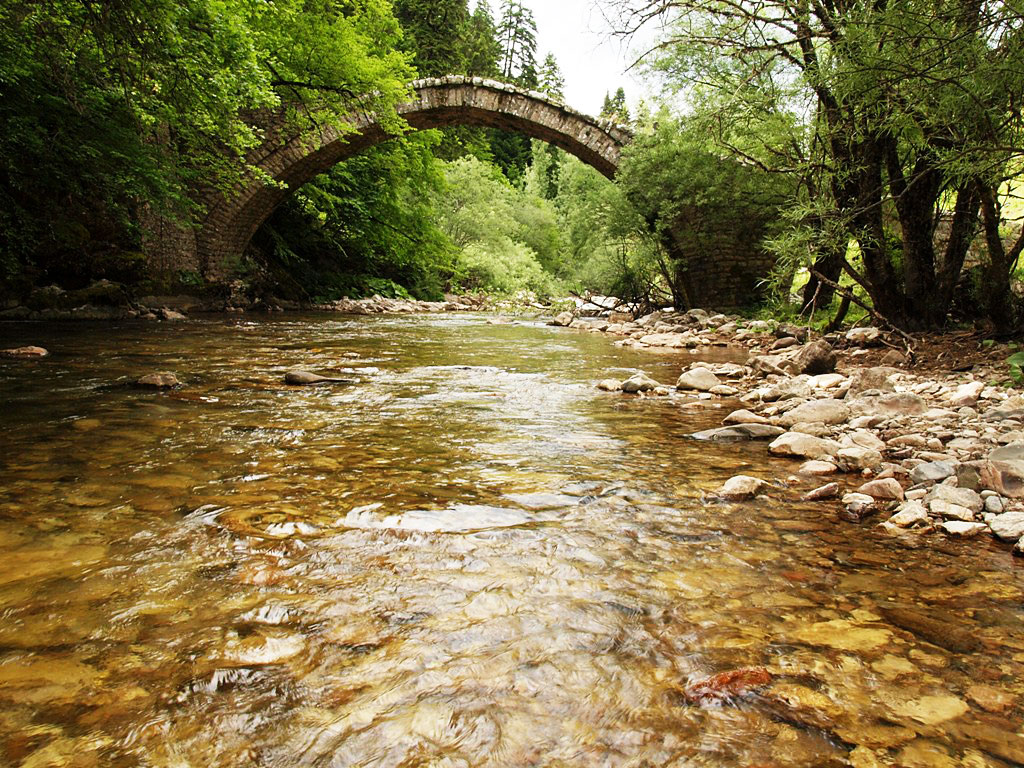 It is an impressive stone bridge that is used to this day, connecting through the old path the village of Anthousa with the monastery of Panagia Galaktotrofousa of 1799. According to tradition the bridge was built right after the construction of the monastery, to help the communication, during the winter months when the crossing of the Aspropotamos river was almost impossible. The bridge was also used by the villages Matsouki and Kalarrites of the prefecture of Ioannina. There are no reports on the origin of the name but it is believed that it took its name after an accident that occurred, when a man named Michos lost his life falling off the bridge. It is a three-arched bridge but one arch is embanked.

It is located in a stunning natural environment, near the provincial road Tria Potamia - Haliki, just before the junction to Matsouki, Kalarrytes and Anthousa. When driving from Kalarrites, you find the bridge almost 1 klm before the cross-road towards Anthousa and Haliki, on your right-hand side.