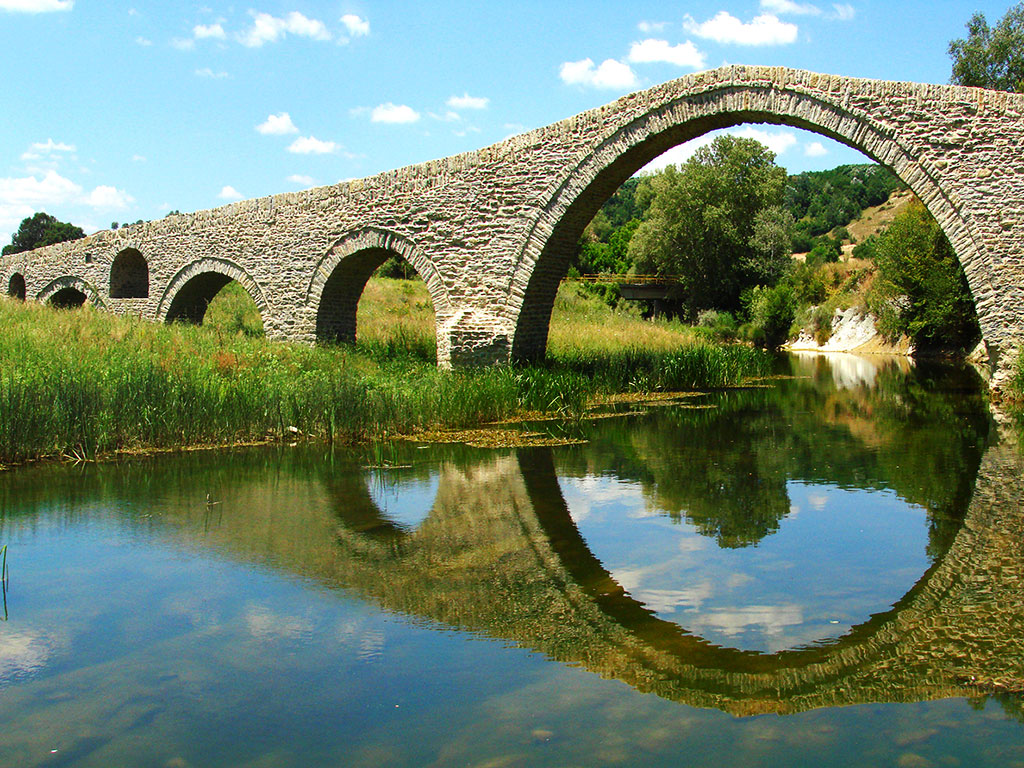 The bridge is located between the villages of Klimataki and Anthochori, on the border of Grevena and Kozani. It connects the two banks of the Pramoritsa river, a tributary of Aliakmonas. The exact date of its construction remains unknown but according to tradition it was built between 1770 to 1780. The sponsor seems to be a breeder from the mountains of Pindos, who while trying to cross the river lost his daughter. The breeder was very sorrowful and considered the event as a sign from God. In fact, in his dream he saw an angel who ordered him to build a stone bridge at the place where his daughter was lost. So, it happened. Of course, according to some other legends, the sponsor was someone named Liouras. Of course, many believe that Liouras and the breeder is the same person.

The bridge was used by the inhabitants of all the nearby villages, as a passage towards the bazaars of Tsotyli and Grevena. It was also a permanent passage of the large herds when moving up to the summer pastures of Grammousta. At a short distance there was the watermill of Gusgureta or Liouras. The bridge of Pramoritsa is a four-arched, asymmetrical built, impressive bridge. Its large main arch has been built on the left bank, absorbing most of the river.