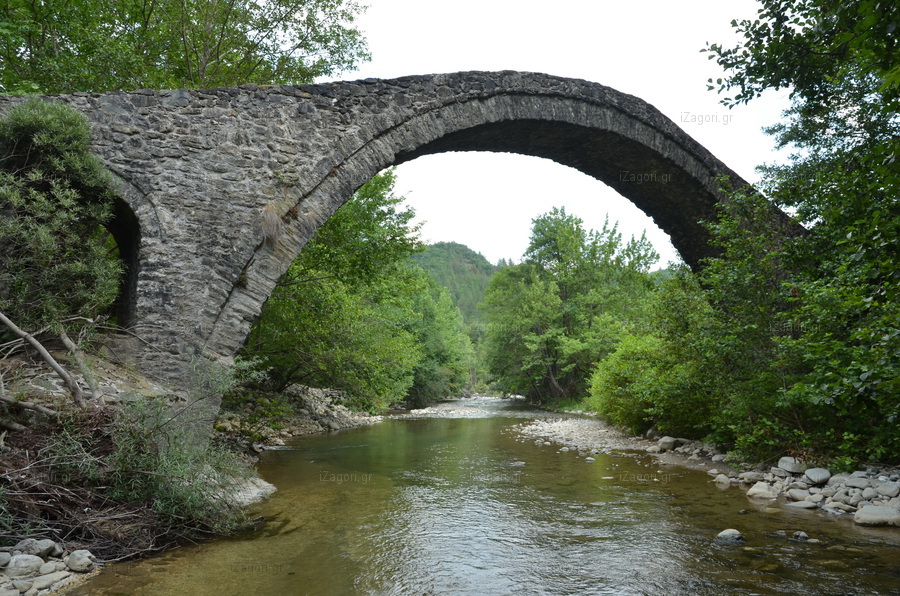 The stone bridge of Kourtia is located south of the Theotokos Voutsas Monastery, between the villages of Greveniti and Doliani. It served the people of the neighboring villages on their way from Central Zagori to the Monastery of Voutsas and the village of Greveniti. It has two arches, a large one and a smaller one at its eastern side. On both sides of the bridge, there is a stone parapet. The exact date of its construction is not known but it is believed that it was built in Byzantine times, around the same time that the neighboring Voutsas Monastery was built (7th century AD).

The shortest route to reach the bridge is through the dirt road that passes next to the eastern fence of the monastery. The dirt road leads to the stream of Sourika. After crossing the stream, we continue for another 300 meters until we reach the Barda river and the bridge. Alternatively, we can take the road from Doliani towards Miliotades. After about 3 kilometers there is a sign that leads us to a dirt road which takes us down to the bridge.