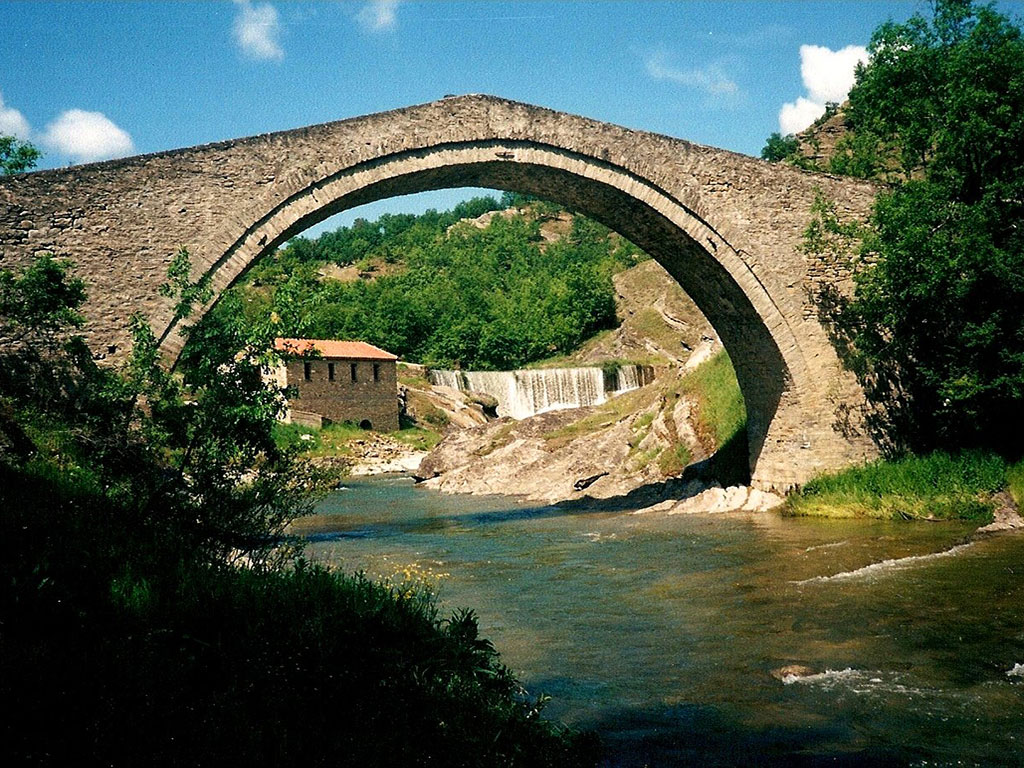 The bridge of Paliomageros or Big bridge of Chrisavgi, is built over a small stream, referred as Vathia on the maps. In the old days the bridge connected the village of Chrisavgi with that of Dilofos. According to tradition the bridge was built in 1854 and it was sponsored by the thief, Nikolas Zabros from the village of Polyneri in Grevena. The thief during a persecution from the ottoman military forces couldn’t cross the stream, which on that particular day was flooded, so he asked the people of Chrisavgi to hide him. The locals hid him in a house and saved his life. To thank them, Zabros funded the construction of the bridge and he inspected all the construction process, hiding in an adjacent watermill.

The master builder Nikolaos Anagnostis Tzioufas is considered to be the main constructor. It is said that he used to make the working tools on his own. The parapets were built by Efthimios Zioulas and Athanasios Poulios residents of Chrisavgi, even though another tradition, those two were the ones who built the whole bridge.

The bridge is easily reachable via a 10-minute hiking trail which starts from the center of the village. The surrounding area has been turned into a recreation area with benches and tables. There is also an old watermill, recently renovated. At a short distance before the watermill there is a large bundle where an artificial 25 meters width and 7.5 meters tall waterfall is created, built in 1855 for the operation of the watermill.