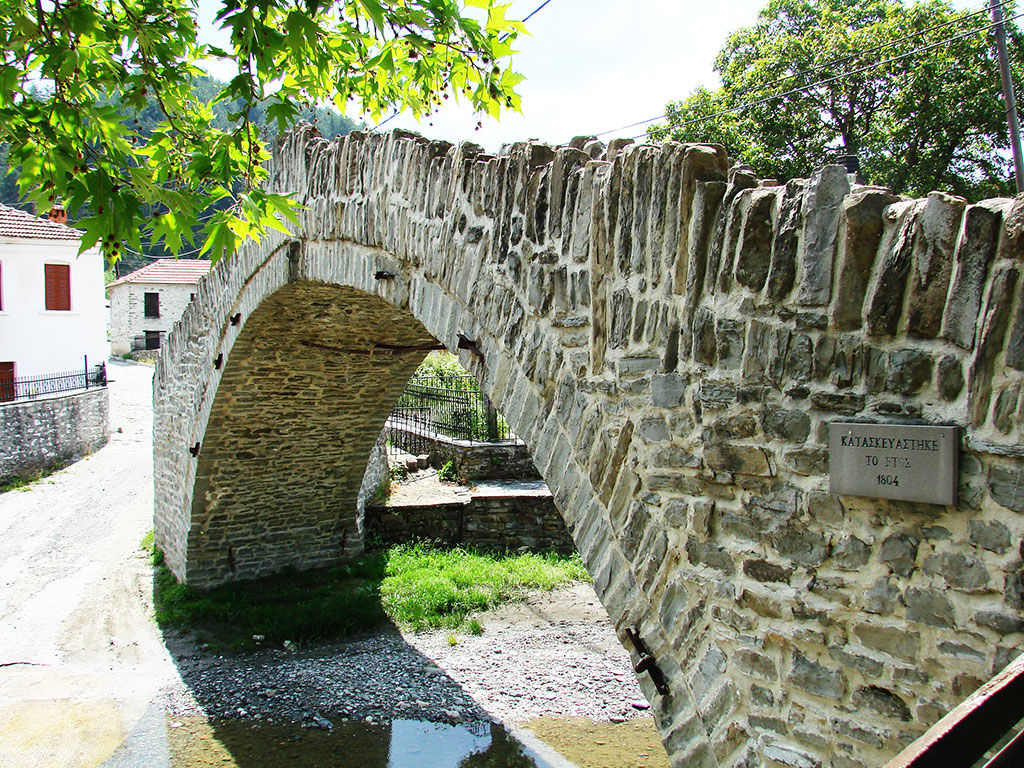 The stone bridge of Dotsiko is built at the highest altitude (1060m) of all the bridges in Macedonia and is the only one in the area that is located inside a settlement allowing the communication between the two districts of the village. It bridges the Dotsikiotis river, a tributary of the Venetian river and it is located in the central square of the village which until 1940 was referred to as Doutsikon. The historical name of the village is Dusko or Dutsko given by the first inhabitants coming from Epirus, influenced by the oak trees that surrounded it (dusko = the calm oak).

Some believe that the bridge was built in 1804 by craftsmen from Epirus, while according to other sources it was built between 1870 and 1880 by craftsmen of the village and the neighboring village of Kalloni. On both sides of the deck, has vertical stones that serve as a parapet. It is a remarkable example of the folk architecture of the Ottoman years and has been declared a listed historic monument since 1985.