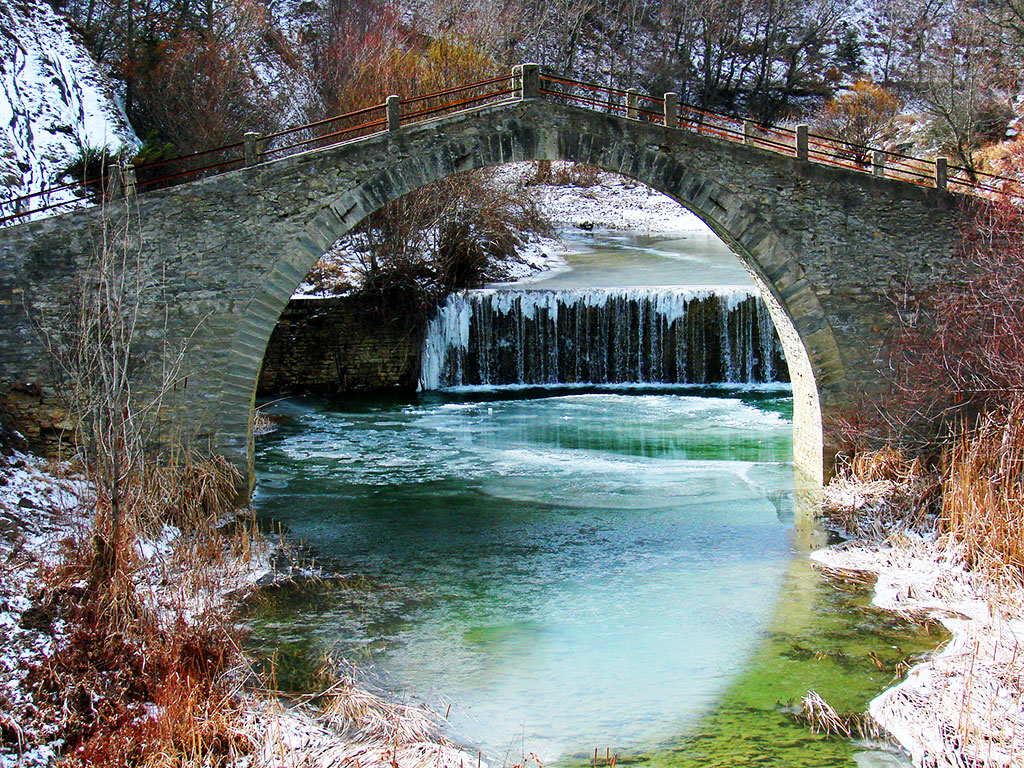 The bridge of Maeri, also known as the bridge of Paliomageros or the Bridge of Dasyllio is located between the villages of Kalloni, Trikorfo and Dassyllio (previously known as Maeri) in the prefecture of Grevena. It bridges the Bageriotiko river that descends from Tagiaros mountain and forms a deep valley in the area. It served the inhabitants’ needs of transport from Dilofo and Dasyllio to the area of ​​Grevena. Behind there is a small artificial waterfall, which makes the landscape even more impressive.

The bridge was constructed within three months (July-September) in 1910. The plans were made at no charge by Georgios Tzoufas - Anagnostidis from the village of Dilofo. The construction was financed by the expatriate people of Dasylli in America and Tzamos Nikolaos, who also undertook the collection to raise the remaining funds from all the surrounding villages. The agreement that the artisans signed with the old Community of Maeri is still preserved and is kept by the old builder, Ioannis Papatsioumas. 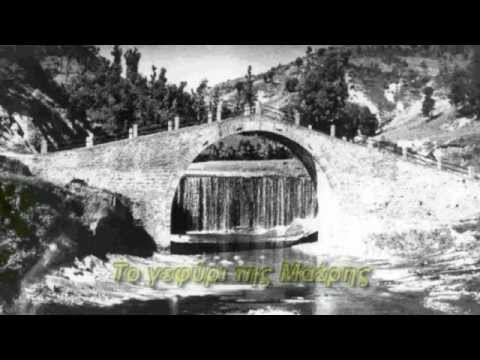