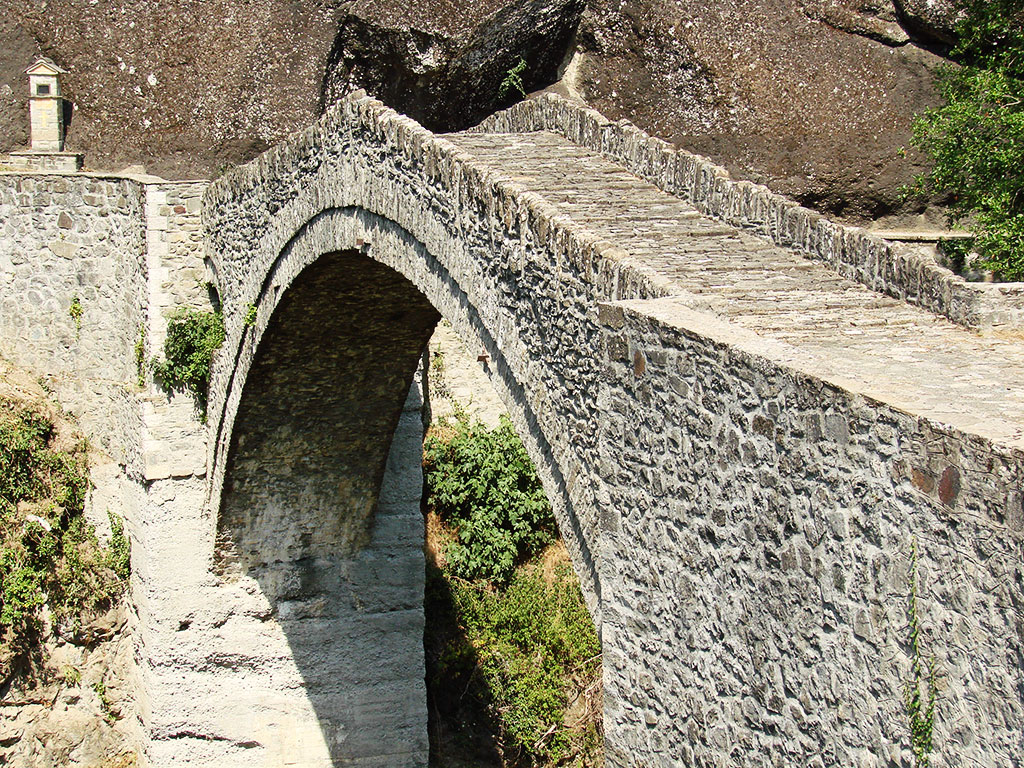 The stone bridge of Mavri Petra is located at the entrance of the village Pournia (former Staritsiani) in Konitsa, Epirus. According to Nitsa Syniki-Papakosta in her book "Stone Bridges", the bridge used to have two unequal arches, but one of the arches was destroyed.

Its main feature is the quaternary relief bows and the wall painting of Pantocrator on a steep black rock above the bridge. The name of the bridge derives of the color of that rock (Mavri Petra = Black Stone). The rock painting has been made on the lower surface of the rock, at a height of about 15 meters from the ground. There is no any information on the painter, neither the construction time. Experts estimate that it must have been painted around the end of the 18th or the beginning of the 19th century. For sure it was made after the construction of the bridge.

The bridge has been declared a historical monument since 2010, as it is a typical example of local architecture. At a short distance there is a stone tap and a half-ruined watermill.