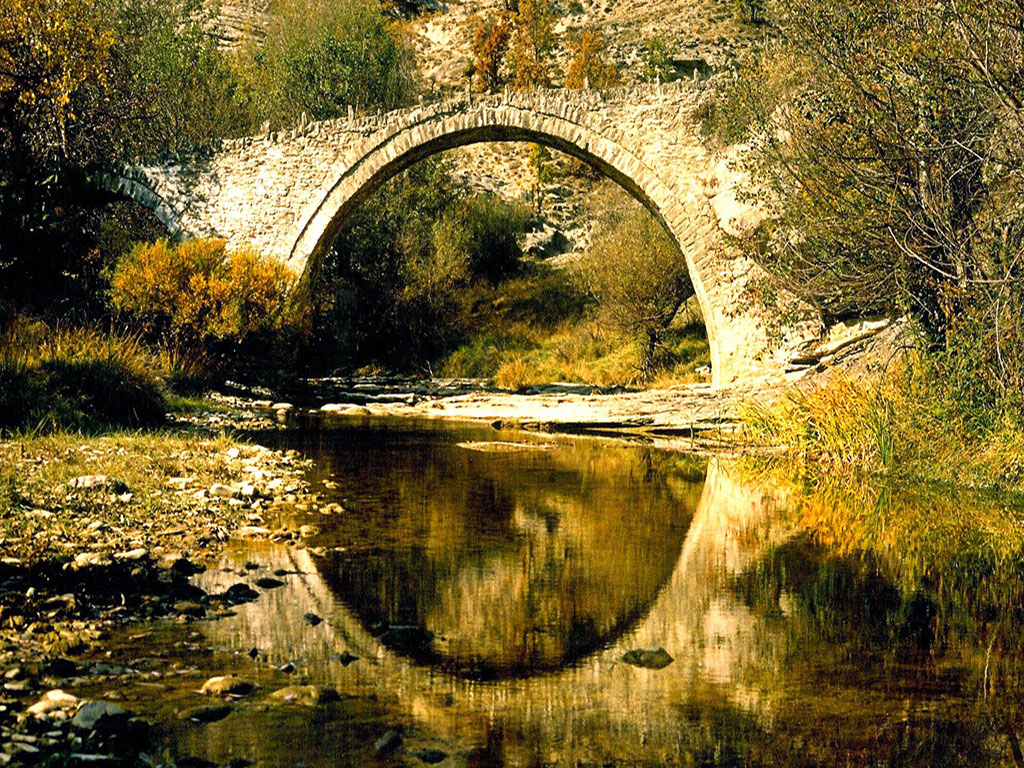 The two-arched bridge of Tsouka is located near the village of Momfi. It spans over  the Pramoritsa river and it used to connect the villages of Morfi, Koryfi, Chrysavgi and the now abandoned village of Tsouka. According to oral testimonies, it was constructed between 1720 and 1730 and is the oldest stone bridge of in the area of Voio. The bridge lies is in a very beautiful area of ​​the Mt Tsouka where the inhabitants of Momfi had their fields and grazing grounds.
It was built by paid craftsmen and volunteers with funding that came from taxes, imposed to the surrounding villages, as for such an expensive project a single small village could not afford the cost. The bridge is quite similar in structure to that of Svoliani, which can be found a little further upstream. They are both two-arched with one large arch, which rests on a vertical rock.
In 2007 the Kozani Ecological Movement marked the hiking path that connects the bridge with the village of Morfi, making access very easy. The route starts from the village square and the hiking time is around 45 minutes.