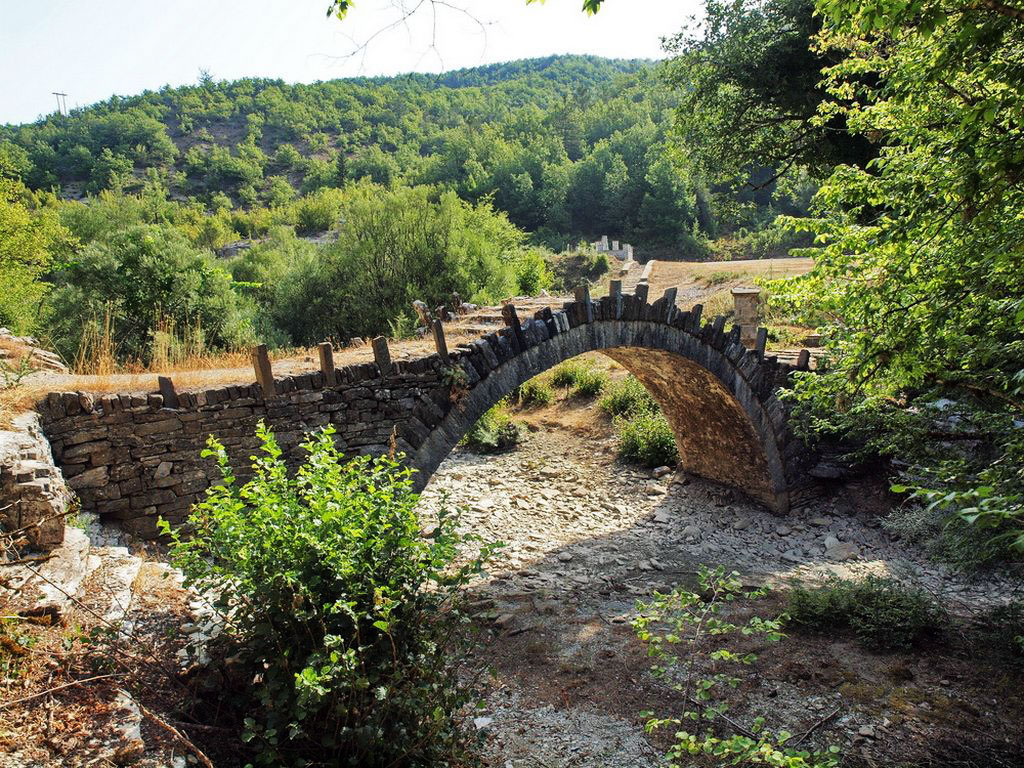 The iconic stone bridge of Kapetan Arkoudas is located near Dilofo, Zagori. It is a single-arched bridge with low decorative parapets, sparsely placed. Its former name was "bridge of the Jew", after the Jew Ioánnis Solomón Matsílis, the man who paid for the construction of the bridge, back in 1806. During a heavy storm, Matsilis tried to cross the river, putting his life in danger. Eventually, he was saved and decided to build a bridge for the safe passage of the river. Many years later, the bridge was renamed to "bridge of Kapetan Arkoudas" in honor of the great Macedonian hero who was killed here by the Turks in August 1906. Near the bridge, there is a monument dedicated to this man.