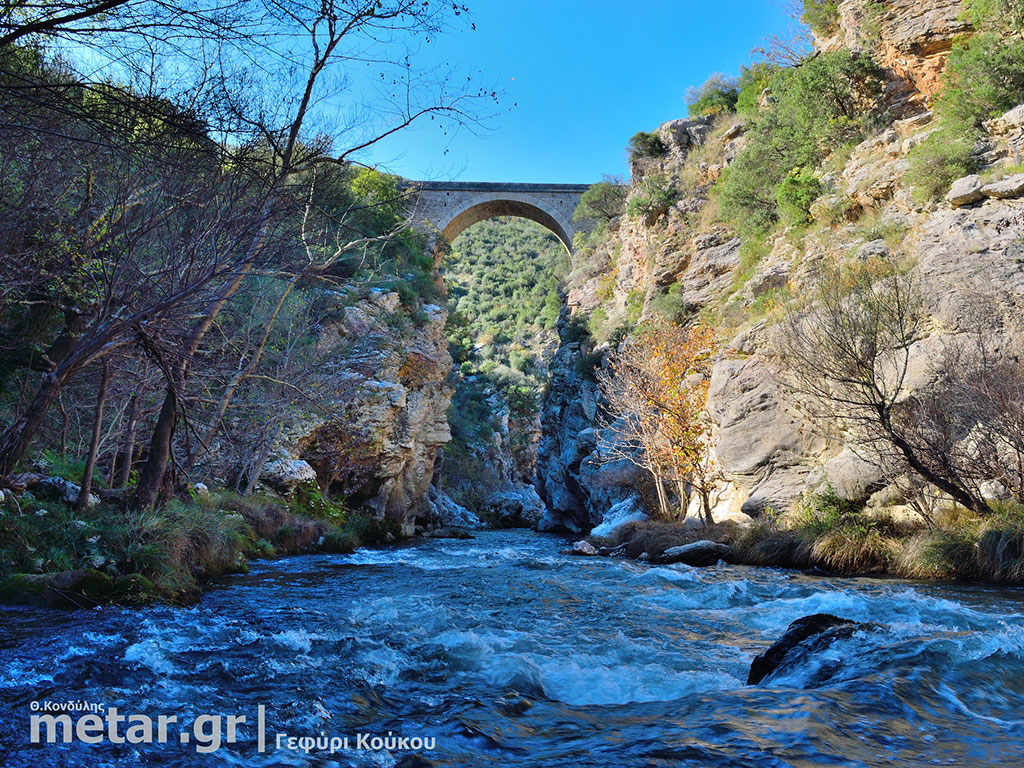 The Bridge of Koukos is a typical sample of traditional bridging architecture. It is built at the narrowest point, over Alpheus River, in the area known as "Tria Alonia" and connects the south with the north bank of the river and at the same time the provinces of Gortynia and Olympia. The single-arched stone bridge was built in 1880 by the local craftsman Antonis Katsenos from the village of Lagkadia. It is a semi-circular arched bridge, 20m long, 4m wide and 34m height. On both sides has a parapet made of iregural stones. The construction lasted 2 years and was completed in 1880. It is a remarkable bridge that has been listed as an historical protected monument by the Ministry of Culture.

According to local tradition, it owes its name to Koukos, a man who was stabbed in the heart by his godfather, Brahimi, because he stole an animal. The bridge is also known as the "Valavanis Bridge", from the politician Athanasios Valavanis, whose idea was its construction. Near the Koukos bridge, you can find the beautiful Vrontos waterfall. 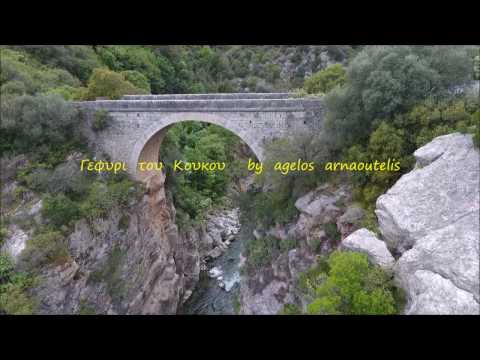