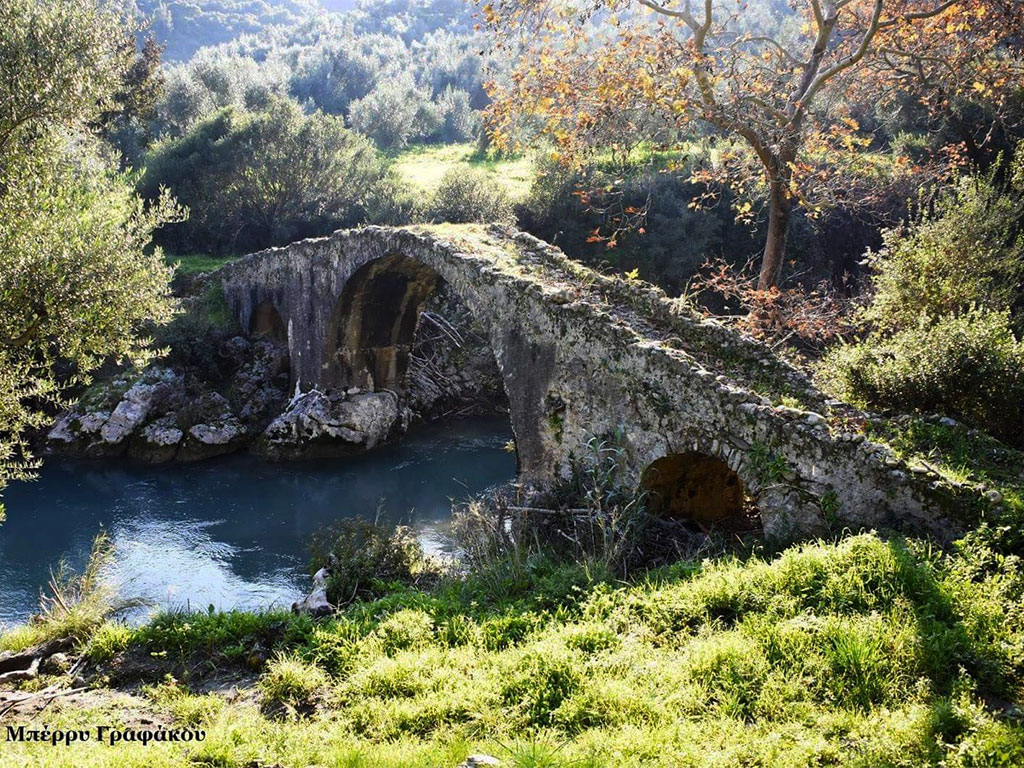 The stone bridge of Stara at Melissa, Mani spans over Sminos River and connects the two banks of the river at its narrowest point. It is a preserved monument of important architectural value with a main arch and two smaller relieving arches. The bridge is believed to have been built 400-500 years ago to serve old day traffic between the villages of the area. Buildings that used to serve as outposts are still preserved on either end of the bridge. During the years of the Ottoman rule, Sminos River formed the boundaries of Exo Mani and was the natural border between occupied Greece and the free part of Mani.