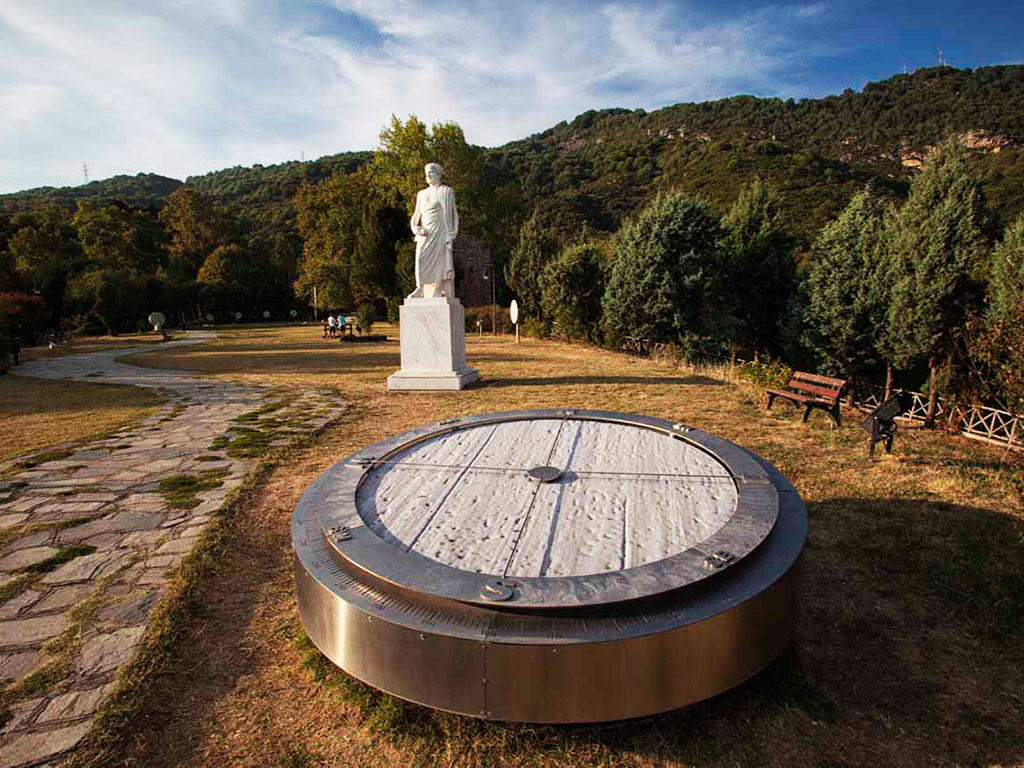 The Aristotle Park is the only theme park in Halkidiki, is located in a beautiful area with wonderful views of the Gulf of Ierissos and the entire peninsula of Mount Athos. It is located at an altitude of 500 meters overlooking the bay of Ierissos,next to Stageira, the birthplace of the Greek philosopher Aristotle. In the park there are experimental instruments, operating by rules of physics that are mentioned in Aristotle’s textbooks and especially in the one called “The Naturals”. The Park of Aristotle has become a favorite destination, as it uniquely combines leisure, entertainment and education. The tower of Madem Agas is also located there, with the house that was the administrative center of Sidirokafsia mines.