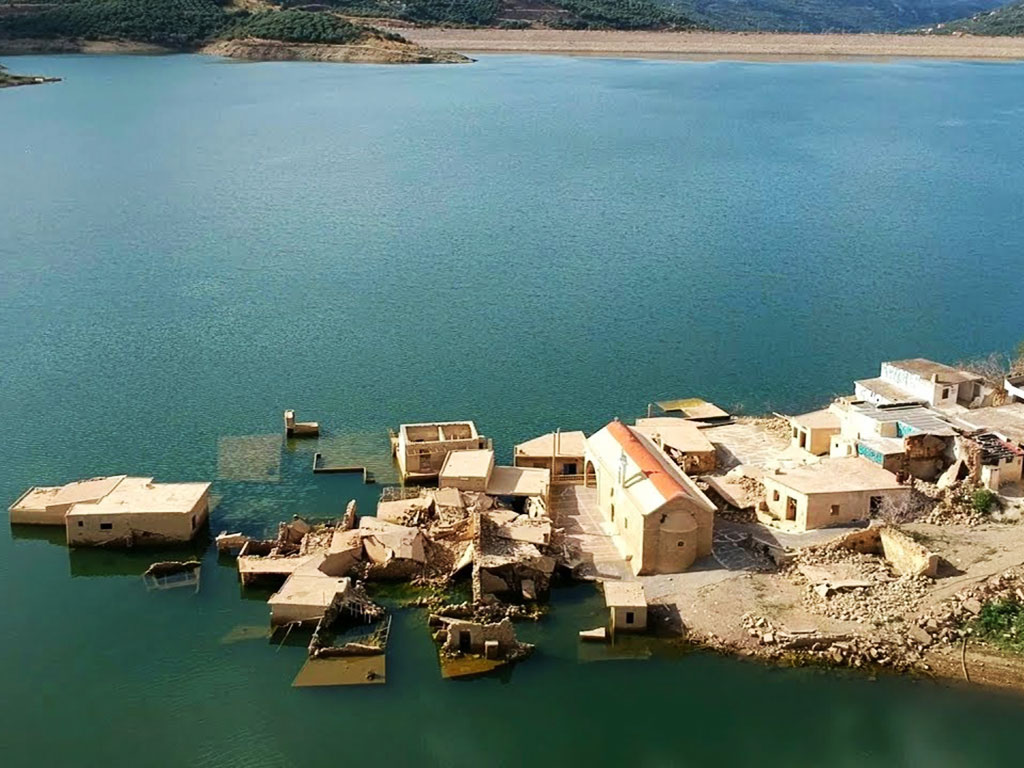 The village of Sfentili is located 39 kilometers away from Heraklion in Crete, not far way from Hersonissos. Sfentili is within the confines of the artificial lake of Aposelemis Dam which was constructed  in order to solve the vital needs for water supply and irrigation in the north part of eastern Crete, specifically from Heraklion to Agios Nikolaos, Lasithi. The residents of the village, should have left their properties many years ago and for that reason they had been compensated by the state. However, the residents claim that the state should have taken care of the relocation of the settlement to another area, which has not been done and so they stubbornly refuse to leave the place where they were born and raised. As the water level of the dam goes up and down, Sfentyli disappears and appears, making the village a tourist attraction.

The name of the settlement is antroponymous. The family name Sfendilos is testified in Crete and surely its first inhabitant would have had this name. During the years of Venetian rule, it was a fief of the Latin diocese of Hersonissos as early as 1248.

Recently, 65 skeletons were found in the area, by archaeologist Athanasia Kanda, which according to research may come from a Minoan cemetery.