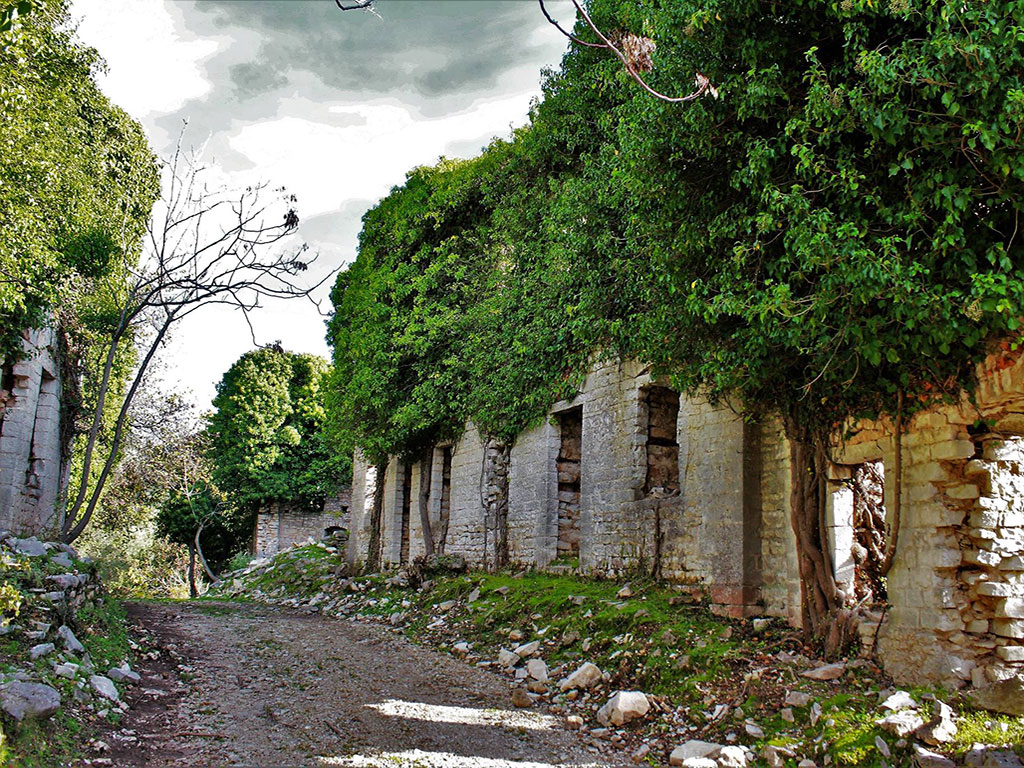 Palia Sagiada is an abandoned village with a rich history, built on the slope of a mountain. The village was burned during the Second War II by the German occupiers of the Edelweiss division, led by the  commander Siegfried Dodel and muslims of the neighboring village of Liopsi, on August 23, 1943 and has since been abandoned. The inhabitants scattered in the surrounding villages and when the war ended they were led by the Greek army to Corfu for the period of the civil war. In 1950, the state granted the residents houses by the sea, where the new settlement was developed.

George Tsogas describes in his book the dramatic moments that the inhabitants experienced on the day of the disaster: "The Germans see people going uphill and start firing with machine guns. Confusion, terror and panic prevailed the population. Petros Antonados was killed and three were injured, Vassilis Mastoras, Telis Antoniou and Poulios Kolokythiaris."

After the Germans left, the muslims began looting and burning houses. In his description, Tsogas states: "The place was clouded by fires and smoke. Almost all the houses in the village were burned. We lost our homes and our households and we stayed homeless, naked and hungry, wandering in the countryside demanding a piece of bread and old clothes. "After the terror, most of us left the village".

Despite the abandonment, in the old village there are still remarkable examples of traditional architecture of special interest. Stone-cobbled streets, old churches and half-ruined mansions, many half-hidden in the ivy, remind the visitor of the past. In the central square of the village you come accross the old fountain called "Piadi" and the church of Agios Georgios with its unique frescoes. The view from that point towards the delta of Kalamas and the new village of Sagiada is amazing. On July 26, the day of the feast of Agia Paraskevi,  a traditional festival takes place in the village. It's easy to reach the old village by car. 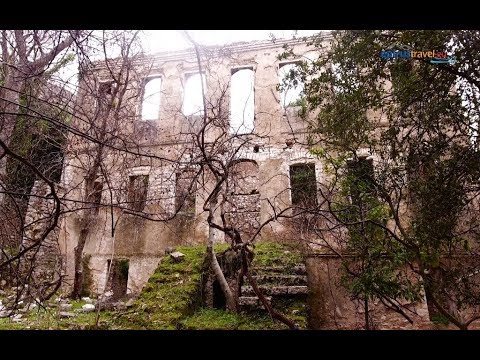