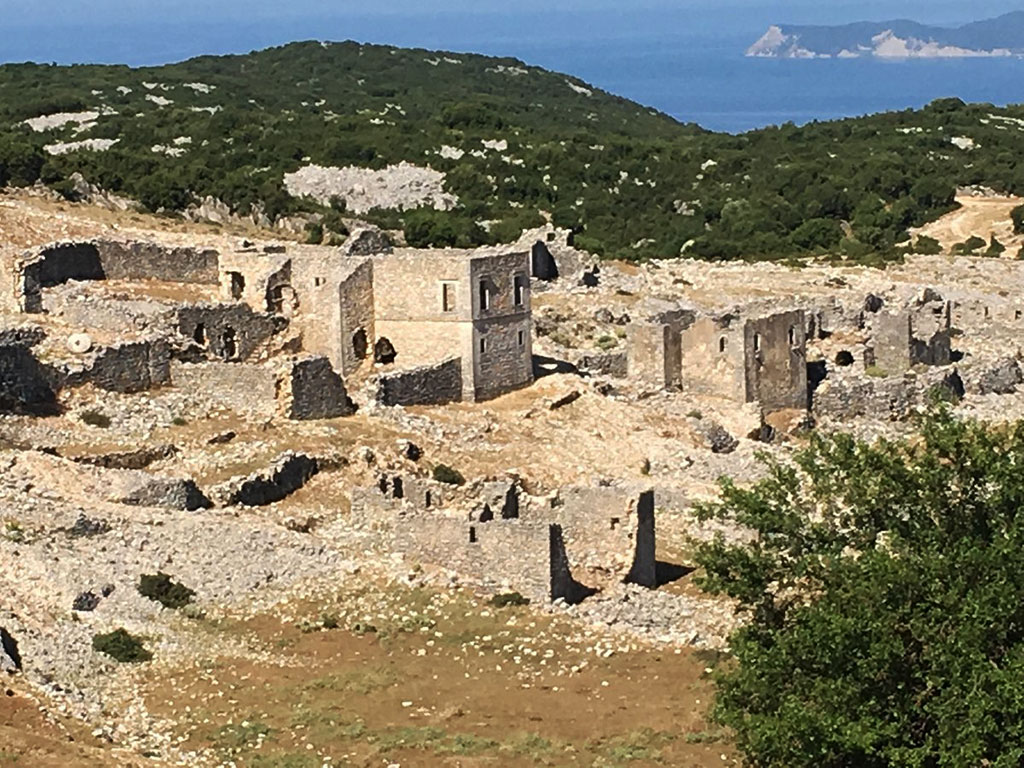 The abandoned village of Vrahonas is located on a hill near the village of Sivota and consists of about 50 ruined houses. According to the 1928 census, Vrahonas was a separate community with almost 60 houses and 328 people, mostly engaged in agriculture and animal husbandry. Most of the 18th and 19th century stone houses are two-storeyed with vaulted structures on the ground floor. Besides the houses, there are many wells in the area that were used for every day needs of the population. Over the years the residents moved mainly to Syvota and the village became completely desolated. Vrahonas offers panoramic views over the Ionian Sea and to the islands of Corfu and Paxos. To the west of the village, there are ruins of a small acropolis of prehistoric times.