Built on the slopes of Mount Vermio, Veria is a charming little town of central Macedonia. In the southeast area flows the Aliakmonas River, the longest river in Greece, with its tributaries, one of which, the Tripotamos, flows through the town. Situated in the heart of the prefecture of Imathia, Veria is bursting with history, culture and traditions. Its long history dates from antiquity and was one of the cities that St. Paul the Apostle visited during his second trip to Greece, in the 1st century AD. During the ancient Macedonian years, the town was the second most important town after Aigai and from the 11th to the 14th century, the third most important city of the Byzantine Empire, after Constantinople and Thessaloniki. The large number of Byzantine and post-Byzantine churches gave the city the nickname “Little Jerusalem” and reveal its glorious Byzantine past. Today, 48 of those churches still survive in the city center.

Despite being in the center of a fertile area, it remains a small town. It only takes 20 minutes to walk from one end of town to the other. Veria is the capital of Imathia prefecture and a hub for visitors to other historical and religious sites as well as to hikers, climbers and skiers. The town has two characteristic squares, landmarks of the city. Elia Park, also known as “the balcony of Veria”, is built on the edge of the ridge and offers panoramic views across the Macedonian plain stretching out for a long distance towards the east. The other square is “Orologiou” or “Raktivan” square. Because Veria is a small city, it is best explored on foot.

In the midst of the 19th century, the town had 16 neighborhoods (quarters) but only two traditional quarters survive to this date, the Christian and the Jewish Quarters. They both retain the authentic atmosphere of the old neighborhood and highlight the town’s glorious past. Traditional Jewish quarter of Barbouta is a maze of cobbled streets and imposing mansions of traditional Macedonian style. At its heart is the old Synagogye which draws a small but steady stream of visitors. The Synagogue is the oldest in northern Greece and one of the oldest in Europe. It is there to remind the timeless presence of the Jews in the area and opens only when Jews travel to town to pray. Kyriotissa, is the Christian neighborhood of Veria. A very picturesque district with a maze of narrow streets, beautiful traditional houses that evoke the traditional houses of the Balkans of the 18th and 19th century and plenty of Byzantine and post-Byzantine churches. The buildings have floors with heavy overhangs, successive windows and skylights, cob walls and heavy wooden doors. Nowadays, most of the houses have been restored and converted into entertainment venues.

The Old Cathedral of Veria is a gorgeous architectural example of a three-aisled basilica and along with the Altar of St. Paul are important points of pilgrimage. The town feautures some remarkable museums with interesting findings from the nearby archaeological sites of Aigai and Nea Nikomedia. The Archaeological Museum hosts an important collection of findings, dating from the Late Stone Age up to the Hellenistic period. Amongst them, there are findings originating from the excavations of Nea Nikomedia, the oldest Neolithic settlement in Europe. Other must-see museums are the Byzantine Museum, the Folklore Museum, the Macedonian Struggle Museum and the Museum of Education “Christos Tsolakis”. Also worth a visit are the neoclassical building of the Town Hall, the ancient Roman Road – Via Egnatia and the Ottoman period monuments such as the Twin Baths of Tuzcu Sinan, the Karachment Bridge and a couple of mosques. And of course, do not miss to visit the Public Library which has won several international awards.

In Veria, you can find hotels and guest houses with respect to the local architecture. In addition, restaurants and tavernas with local delicacies are awaiting you to enjoy the local cuisine. Try the fasoulontava (the most popular dish in the area), pies in their savory and sweet version and the amazing sweet “revani”, also served with ice cream. Do not miss to taste some of the top wines of the region and “tsipouro” produced by local grape varieties. The city center is dotted with shops with dairy and local products, agricultural products and traditional workshops that introduce visitors to the local tradition and culture. 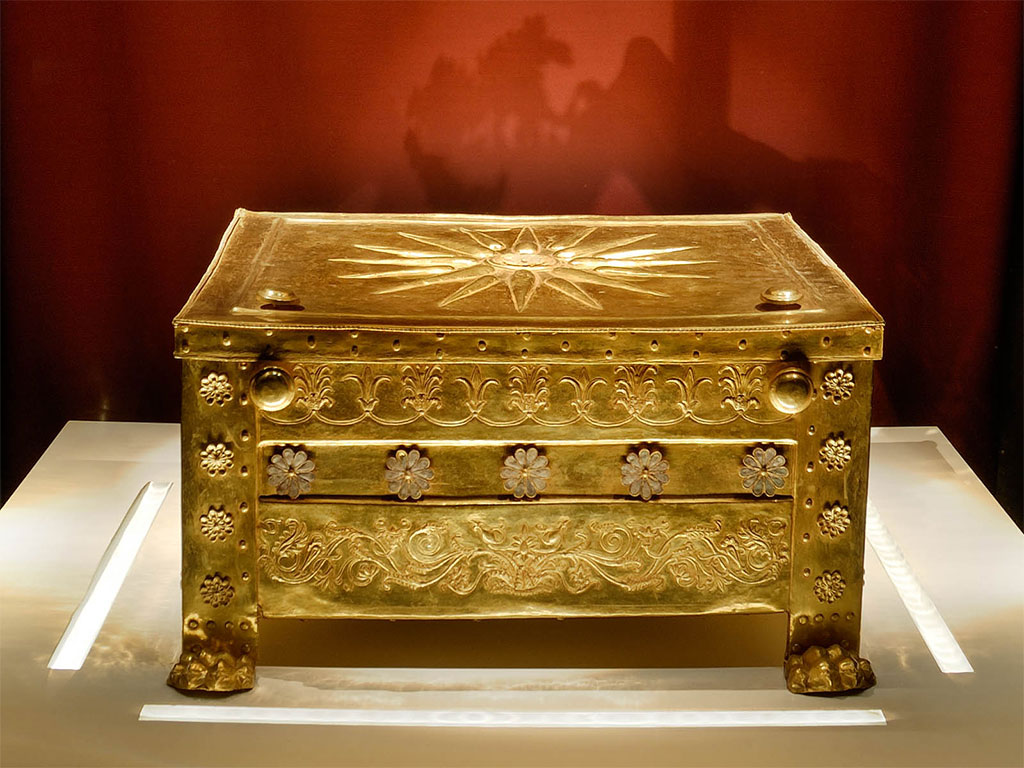 Museum of the Royal Tombs at Aigai 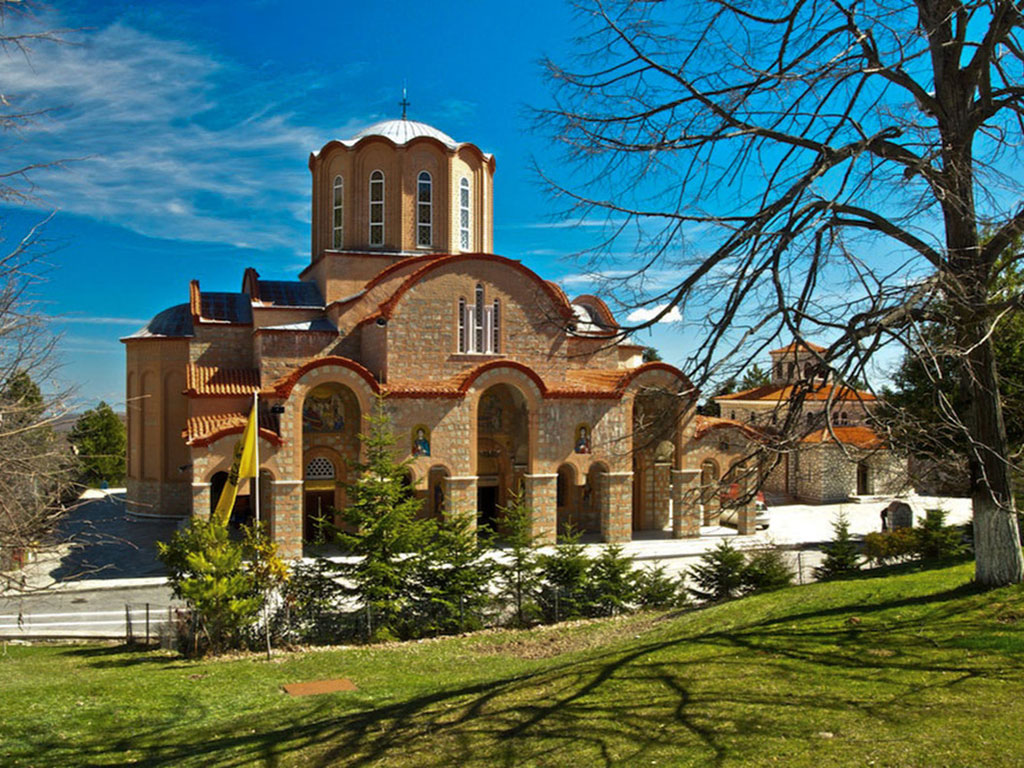 Monastery of Our Lady Soumela 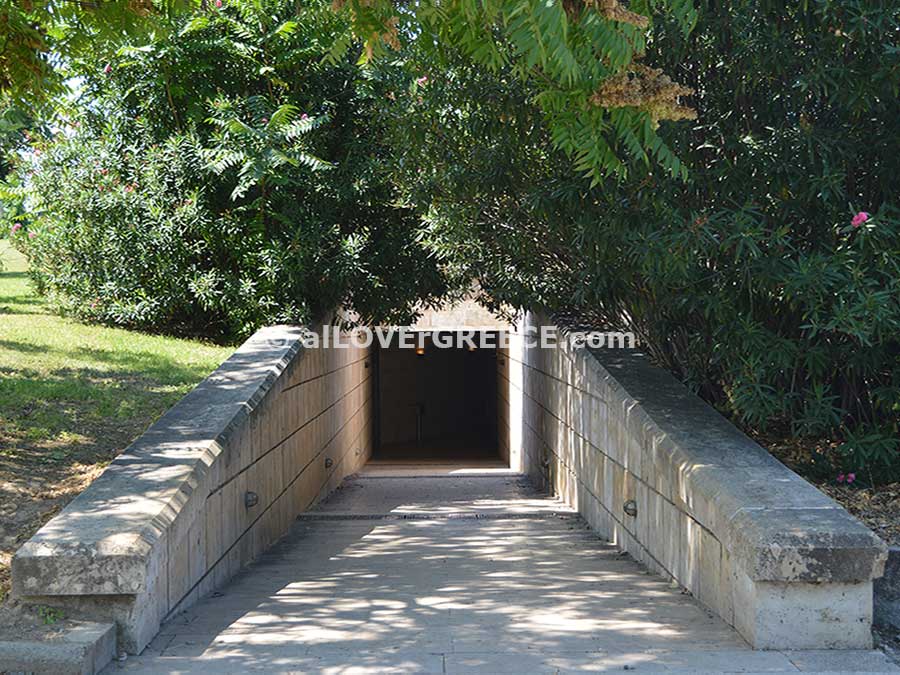