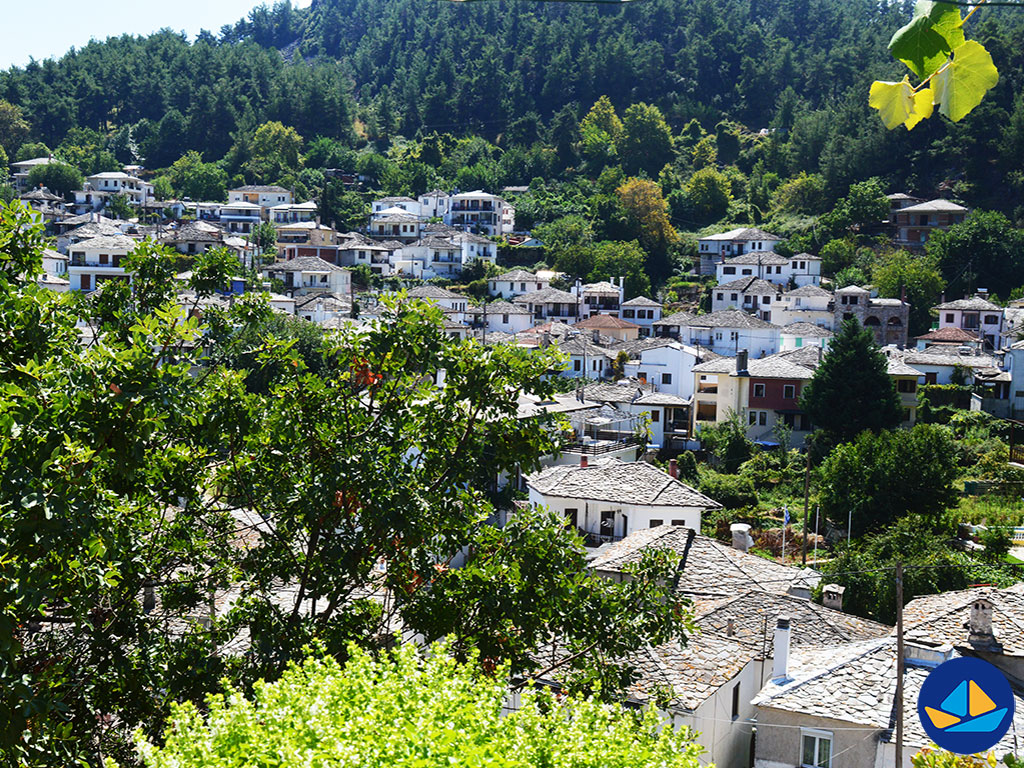 Panagia is a picturesque mountainous village at an elevation of 300m located in the northeastern part of the island of Thassos and it is 8 kilometers far away from Limenas. The village got its name from the church of ‘Panagia the Pantovlepousa’ which is also the patron of the village. It flourished during the decade that was the island’s capital after the greek revolution in 1821. At that time it had its own currency called ‘bakires’. The first houses were built 300 years ago when the residents were forced to evacuate the coast and hide from the pirates.

Typical for the village are the narrow streets and the small white houses. The roofs of the houses are made out of slate and they have small balconies. In the middle of the village there is a small spring, with very clear water directly out of the mountains.The village is crossed by many channels with running water.

In the centre of the village stands the church of ‘Panagia the Pantovlepousa’, which was built of marbles from various ancient temples of the island.  It is a typical example of basilica with dome, of Byzantine architecture. The church and the whole village celebrates on the 15th of August. The women of the village, preserving their traditions, prepare choice viands, meat with wheat, rice or roast potatoes in the church yard in order to distribute it to the worshippers after the divine Service. The residents of the village are particularly religious. For this reason apart from the central church, there are 11 more smaller churches at the region.

The village is a popular tourist destination due to its proximity to Potamia and the coastal resort of Skala Potamia and Skala Panagia. In the village there are many tavernas and traditional cafes await you to enjoy a meal or drink under the shade of the plane trees and the sound of running water.  Remember to taste their specialties “souvles” (meat on spit usually lamp or goat) and taste the traditional sweets this place is well known for. Tourist sights include traditional Greek village buildings and water fountains from the freshwater stream with its source at Mount Ipsarion which run through the village.