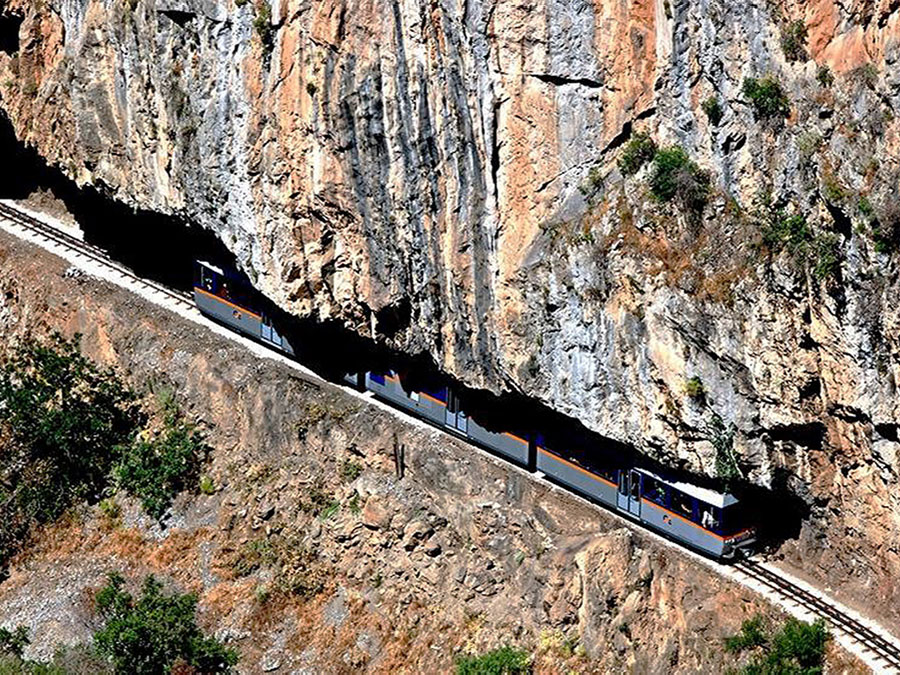 The Diakofto – Kalavryta Rack Railway is a tourist attraction. It’s a train that can reach high altitudes and operate on steep grades, through territories of unique interest and spectacular views.

With an unparallel journey that lasts for about one hour and starts from Diakofto, runs through the village of Zachlorou, with an intermediate stop in Megalo Spilaio and ending up in Kalavryta. The train covers the 22 kilometer journey travelling at a speed of 30-40km/h when moving along the regular rack and 6-15km/h when moving along the toothed racks. It passes through the gorge next to Vouraikos River that creates small and bigger waterfalls and natural pools. In fact, in the location Katarraktis the river plunges impetuously and almost vertically under the railway bridge.

The next stop is the location Dikastiria. This place was named after the small semicircular cave, where the stalactites have created a wondrous scenery that resembles a courtroom. When you reach Kalavryta, you will realize the reason behind the town’s well chosen name, since “Kala Vryta” literally translates to “Good Waters”. And there is certainly an abundance of that.

The railway network is toothed on steep gradients. The classification of the railway as “Rack” or “Cog” comes from the cog wheels these trains use that mesh in the rack rail, helping them to operate on steep grades. The train features special pinions inside the wheels, which are used when the steep gradient increases and latch on the rail, both during the ascent and descent.

Beyond its natural beauty, the town of Kalavryta is a historical place, since this is where, in the monastery of Agia Lavra, the 1821 Greek Revolution was initiated. It’s also a land of fairly recent martyrdom, with the memory of the German Occupation and the holocaust still very much present. It was December 13, 1943 when the German troops executed almost the entire male population and then burned the little town to the ground. This was recorded as one of the major atrocities of World War II.

Today, Kalavryta, preserving its historical significance, as well as natural beauty, is a very popular and important tourist destination. The ski center of Kalavryta is known as one of the biggest in Greece and as one of the two in the world that combine ski in the mountains and swimming in the beach of Diakofto, located only 20 kilometers away.

Brochure of the Rack Railway 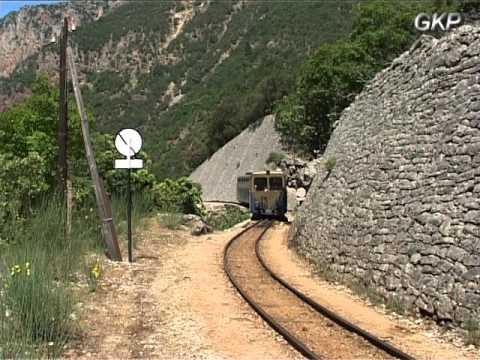